While the big conferences are over, E3 is still in full swing and announcements are still happening. One of them is an announcement from Netflix/Telltale games. Earlier, the announcement came that the two companies were working together for Netflix to host a 5-episode interactive series for their service based on Telltale’s Minecraft: Story Mode.

The series would play out much like their Puss in Book: Trapped in an Epic Tale show, where viewers can watch along and make specific choices to see what happens next (like a choose your own adventure book). As such, working with Telltale seems like a pretty obvious choice, though Netflix assures is has no plans to get into the gaming business.

More importantly, however, on the heels of this news Telltale announced they’re developing a new game series based on Stranger Things that they’ll be bringing to consoles/PCs on a later date! The scoop was originally reported by TechRadar, and confirmed just a little bit ago by Telltale. Sadly, that’s all the info we have right now, but considering the storytelling opportunities in the Stranger Things world, I’m definitely eager to see more. 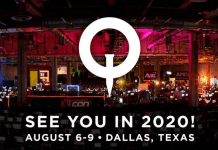