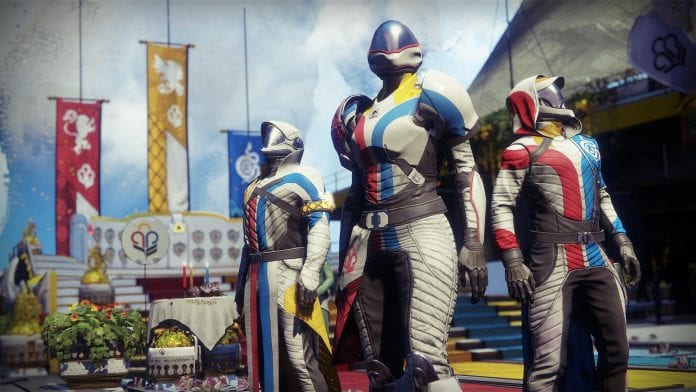 With the 2020 Tokyo Olympics being delayed a year, Bungie has eased the blow by releasing their own Olympic games for Destiny 2. The 3-week event is called Guardian Games and pits the Warlock, Titan, and Hunter classes in a race against each other to confirm which class truly reigns supreme.

The class that wins Guardian games will have bragging rights for the whole year with emblems, emotes, and class item ornaments. Additionally, the Tower will be adorned with the winning class sigil, as a constant reminder of which class is the best. If class loyalty isn’t really your thing, there are also tons of neat rewards for participating in the event, as well. Chief among them is the sick-looking new exotic Heavy Machine Gun, Heir Apparent. The Guardian Games are already underway! So, log on to Destiny 2 with your favorite Guardian class, speak to Eva Levante and Zavala. Then, go for the gold! Show those crayon-eating Titans and Bookworm Warlocks why you’re the master class Hunters! (Not that I’m bias or anything)

To see which class Bungie is rooting for, watch the Developer Diary for the Guardian Games: