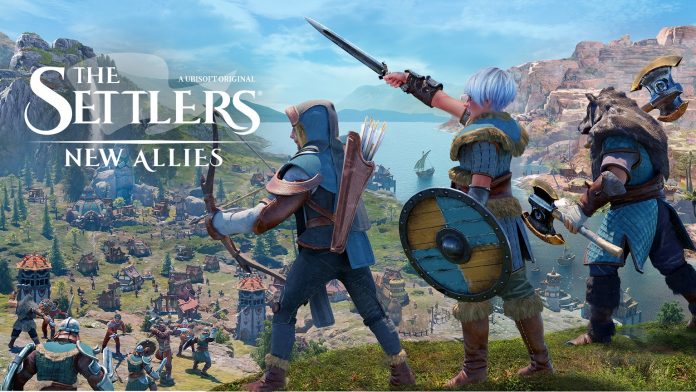 The Settlers gaming series is finally ready to make it’s return as Ubisoft has revealed a release date for The Settlers: New Allies!

Fans were expecting to get their hands on The Settlers reboot, titled New Allies, earlier this year…Alas, it wasn’t in the cards. Thankfully, however, we won’t have to wait much longer as Ubisoft has finally given the game a new release date: February 17, 2023.

In this build-up real-time strategy game, players will settle onto a new land, build their communities, meet new factions, and choose to welcome them as allies or enemies in order to protect and defend their new settlement.

Players can enjoy The Settlers: New Allies in one of three game modes:

Single-player campaign: As the Elari are forced to flee its homeland, they must settle on new and unknown territories. These new Settlers will have to face many challenges on their journey, from the raiding of ruthless bandits to the discovery of the new culture of these lands.
Hardcore Mode: As players will be able to play new scenarios, a wide range of modifiers and conditions will make the AI an even more challenging opponent. Adaptability is key in this new mode that will put the best players to the test, alone or with friends.
Skirmish: Players will be able to experience Solo vs. AI, co-op vs. AI or PvP featuring up to eight players on the 12 maps available at launch.

The Settlers: New Allies is also in development for Xbox, PlayStation, Amazon Luna, and Nintendo Switch. Even better, it will feature cross-play/progression between all versions of the game!