A lot of games have stellar gameplay, but get overlooked for one simple reason. No campaign. This was an issue with the first Titanfall and EA has already addressed the issue for the follow up title. Titanfall 2 will have a full single player story to go alongside the new multiplayer.

The new trailer was released after it was accidentally leaked via an EA E3 rehersal, which allowed EA to simply publish it online. A short teaser for multiplayer was also released, with a full trailer coming this evening.

Respawn Entertainment and Electronic Arts Inc. today announced that Titanfall® 2 will drop worldwide on Friday, October 28, 2016 for Xbox One, Origin for PC, and for the first time ever for the franchise, PlayStation 4. The highly-anticipated first person shooter is set to build on the foundation Respawn established with the first Titanfall – fast, fluid, and fun gameplay between Pilots and Titans, to once again innovate and elevate the shooter genre.

“With the original Titanfall, we focused on nailing the gameplay and reinventing the way you move and fight in a first person shooter,” said Vince Zampella, CEO of Respawn Entertainment and a Co-Creator of the Call of Duty franchise. “With Titanfall 2, we’re building on that foundation by introducing a bespoke single player campaign backed by a deeper multiplayer experience that together will once again push the shooter genre forward.”

In single player, Titanfall 2 will deliver a crafted experience that explores the unique bond between man and machine. Playable offline, the single player campaign in Titanfall 2 will let fans step out onto The Frontier as a Militia rifleman with aspirations of becoming an elite Pilot. Stranded behind enemy lines and facing overwhelming odds, players must team up with a veteran Titan to uphold a mission they were never meant to carry out.

There are more details dropping, but no confirmation just yet. There will be a special edition and deluxe edition of the game, along with a possible live action series leading up to the title. The EA conference is in just a few hours so we will have those details shortly!

Be sure to stay tuned to Cinelinx all week as we’ll be reporting live from the E3 show floor once again, and will bring you all the latest news and impressions! 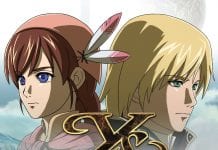