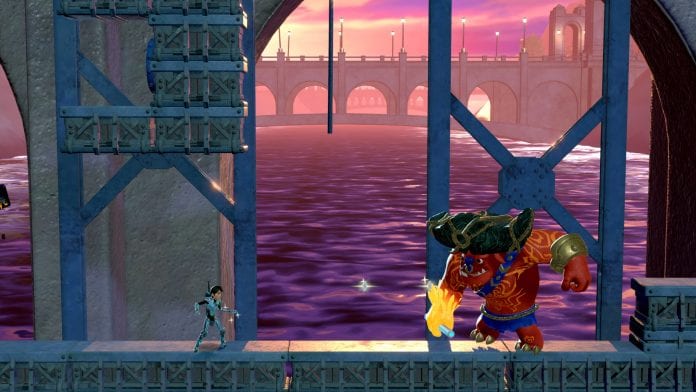 Netflix and Outright Games have partnered up to bring a new video game based on the popular Trollhunters series into the hands of gamers.

Fans of the world of Arcadia (which spans the animated series Trollhunters, 3Below, and the upcoming Wizards) have something new to look forward to. This September, Netflix and Outright games are bringing a brand new story with Trollhunters Defenders of Arcadia:

“DreamWorks Trollhunters Defenders of Arcadia will take players on an intriguing and authentic new adventure that showcases the series’ key pillars of friendship, loyalty and fantasy,” said Jim Molinets, SVP of Production, Universal Games and Digital Platforms. “Expanding on the bold and creative story that has delighted fans for years, the game brings to life the vivid world of Arcadia Oaks in fun and surprising ways.”

All-Star Voice Talent – Featuring all-new content recorded for the game from the stars of the Netflix series including:

An original story – Jump into the world of Trollhunters as Jim Lake Jr. and prepare to stop the Time-pocalypse

Become the hero of Arcadia – Level up armor and abilities to become more powerful than ever, and get a helping hand from beloved characters in local co-op mode

Trollhunters Defenders of Arcadia arrives on the Xbox One, PlayStation 4, Nintendo Switch and PC on September 25, 2020.