The fates of jaguar-masked luchador Armor King and Vale Tudo-champion Marduk became forever intertwined when Marduk killed Armor King’s brother and wrestling partner—the original Armor King—in a bar fight during the events of TEKKEN 4. Since then, a violent rivalry has festered between them, with battles being waged both inside the ring and out; their most recent brawl left them hospitalized and unable to compete in the 7th King of Iron Fist Tournament.

Now, both heavyweight bruisers are back and ready to continue their conflict as the latest characters to join TEKKEN 7. Armor King and Marduk will be available for download at the below times: 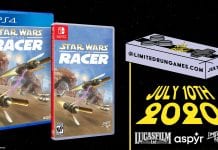