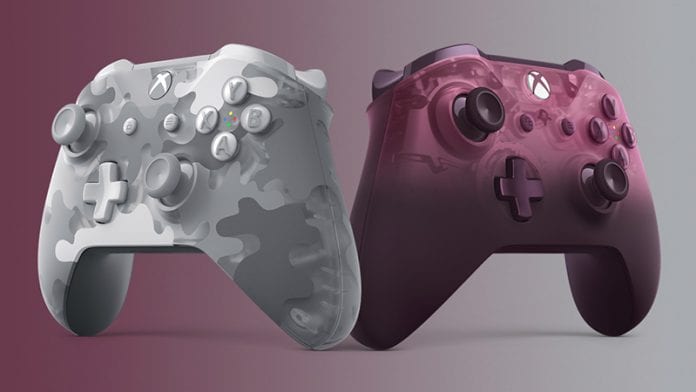 Microsoft announced that players will have the chance to pick up two new special edition wireless controllers starting later this month.

The Phantom Magenta will be available for purchase on March 17. It is the third controller releasing in the Phantom Series joining its black and white Phantom counterparts and adding a splash of color to the series. The Arctic Camo controller will be available starting in May exclusively at the Microsoft Store and at Walmart. Arctic Camo is the second in the series, joining the Night Ops Camo design currently available for purchase. The controllers are available for $69.99 each and are compatible with all Xbox One family devices as well as the Xbox Series X, Windows 10 and mobile devices.

Microsoft announced that matching Xbox Pro Charging Stands, designed for Xbox by Controller Gear, will be available for the new controllers starting on March 17 for the Phantom Magenta series and on April 27 for Arctic Camo. The charging stands are $49.99 each.