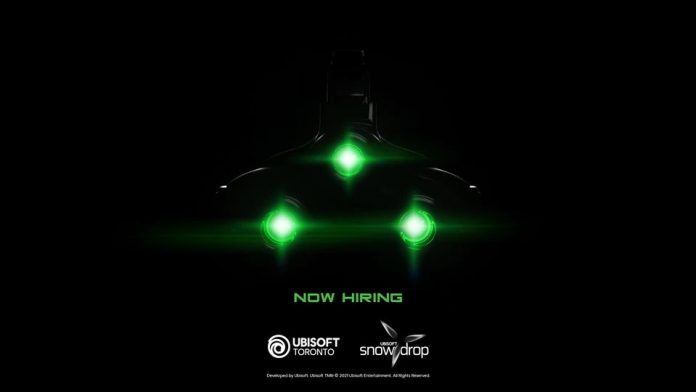 Sam Fisher is finally making his return in his own game (rather than cameoing elsewhere) in a full on remake of the original Splinter Cell.

At pretty much every gaming event/presentation over the last several years, fans have been eagerly hoping for some sort of Splinter Cell announcement. It’s been several years since the last game, Blacklist, launched back in 2013 and for the longest time, Ubisoft seemed content to only use Fisher as a side-character, or cameo, in various other games.

Now, we have a “new” game to look forward to, as the franchise is returning to its roots. Today, Ubisoft announced development on a Splinter Cell remake is underway!

Ubisoft has greenlit the development of a Splinter Cell remake that will draw from the rich canvas of the brand. Led by Ubisoft Toronto, the game will be rebuilt from the ground up using Ubisoft’s own Snowdrop engine to deliver new-generation visuals and gameplay, and the dynamic lighting and shadows the series is known for. With more Splinter Cell on the horizon, Ubisoft News spoke with some of the developers that launched the original game 19 years ago and some that are working on the remake to find out exactly what set Splinter Cell apart from the competition.

Obviously, with them just getting started, fans still have quite a bit of a wait before getting their hands on it. Even so, it’s nice to know Splinter Cell isn’t completely dead any more.

It’s also important to note/remember that Ubisoft is still dealing with a number of problems related to workplace abuse and sexual misconduct allegations of their own. While they’ve certainly done much more than other companies in openly addressing the problems, we can’t forget that many people still working there have made it clear little progress has been made in the last couple years within the company itself.

Even as we get excited about this franchise making a return, we should continue to hope things get better for everyone involved in making it.