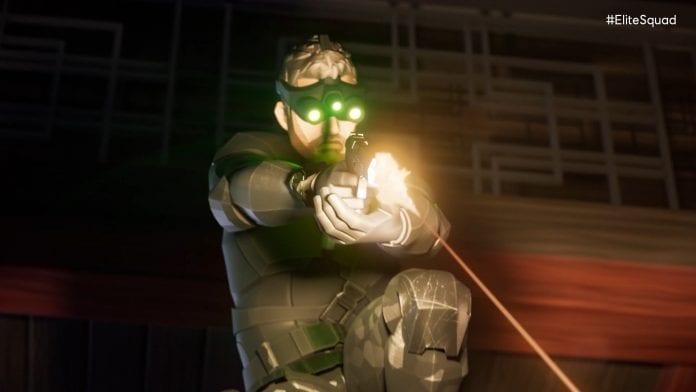 During their Ubisoft Forward presentation, the company revealed a brand new mobile game set within the Tom Clancy universe of characters…Yes even Sam Fisher.

If you were hoping for a look at a new game featuring the iconic Splinter Cell character of Sam Fisher, well this is for you (though I’m crossing my fingers we’ll get more as the show continues as I type this). Today reveals a brand new mobile game, Elite Squad, where you’ll be tasked with assembling a team and duking it out in 5v5 battles:

Tom Clancy’s Elite Squad is a fast military role-playing game where players will assemble and upgrade the most iconic Tom Clancy’s heroes and villains, to lead them in stunning realtime 5vs5 shooting battles.

KEY FEATURES:
ALL YOUR FAVORITE TOM CLANCY’S CHARACTERS AT YOUR FINGERTIPS
For the first time in the franchise, you will be able to assemble heroes and villains from Rainbow Six®, Ghost Recon®, The Division®, Splinter Cell®.

LEAD REAL-TIME 5V5 BATTLES
Lead your squad in dynamic 5vs5 shooting battles on iconic maps from the Clancy-verse. Trigger strategic orders with perfect timing to defeat your opponent’s squad.

BUILD THE DEADLIEST SQUAD AROUND
Train, equip & upgrade your soldiers with hundreds of different weapons and gear items to unleash their full potential on the battlefield.

SOCIAL AND COMPETITIVE FRAMEWORK
Challenge other players in the PvP Arena to reach the top of the leaderboard. Rally friends and other players to join forces in epic Guild Wars.

You can pre-register for the game now in order to score some exclusive gear. What do you think of Elite Squad?