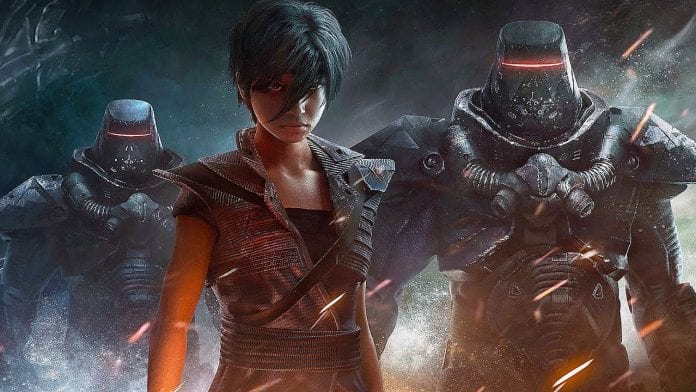 Ever since fans got a taste of Beyond Good & Evil 2 at E3 2017, rumors and speculation have run rampant on when we’ll actually be able to experience it. Unfortunately, it won’t be any time soon, as today’s earnings call revealed that the ambitious prequel is not part of Ubisoft‘s plans for the 2020-2021 fiscal year.

During the call, Ubisoft CEO Yves Guillemot stated that five AAA games would highlight their upcoming fiscal year. When asked by an investor if one of those titles would be Beyond Good & Evil 2, Guillemot replied, “It’s not going to be in the five games we will announce.”.

It should come as no surprise that the first three out of five AAA games are the previously-delayed titles Gods & Monsters, Rainbow Six Quarantine, and Watch Dogs: Legion. The other two, however, remain under wraps. Although, Guillemot did state that they were from two highly-successful franchises. So, it stands to reason that one of those would be the Assassin’s Creed Vikings game that’s been rumored. The other is speculated to be another Far Cry title.

Speculations aside, the fact of the matter is that neither of the last two games will be Beyond Good & Evil 2. While it’s a major bummer for fans, previous entries in the BGE2 periodic update series, the Space Monkey Program, has revealed a game with mind-blowing scope and reach. Furthermore, the development team went to great lengths to even add in original content created by fans on HitRecord. It’s truly the most ambitious game Ubisoft has ever developed. So, it’s going to need more time.

Pushing it out of the upcoming fiscal year also makes sense on a console-standpoint. We’re in the midst of a changing of the guard, with more powerful platforms on the horizon. Perhaps, the next-gen systems are more capable of handling Ubisoft‘s vision than the current-gen.

The soonest Beyond Good & Evil 2 could release would be April 2021, when the next fiscal year begins. If included in the 2021-2022 fiscal year, BGE2 would be joined by Skull & Bones.

To read Yves Guillemot statement on the promising 2020-2021 fiscal year, see below: The Bugs Bunny: 80th Anniversary Collection Has Been Delayed (But Only...