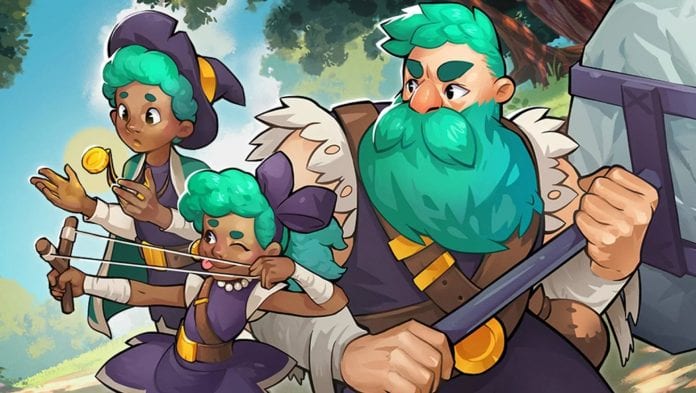 Tactical gamers have more great gameplay to look forward to as Wargroove is getting a brand new expansion next month. Come see what all’s included!
I LOVED Wargroove. It’s art style and tactical gameplay hearken back to the days of Advance Wars, scratching a very specific itch. It had a fun story with interesting characters and highly addictive gameplay that was tough to put down.

It was one of my favorite games of 2019, so I’m really excited to see it expanding with Double Trouble. The DLC will arrive on February 6th (just a hair over a year after the game’s original release) and include an all new campaign that can be played both in solo and co-op modes, new commanders/units, and a lot more:

Grab a fellow ruffian, set up your Hideout and take on Wargroove: Double Trouble. Designed with co-op play in mind, this expansion adds a new story campaign that introduces Outlaw Commanders; the mighty Wulfar, troublemaker twins Errol and Orla, as well as the maleficent Vesper.

After an unexpected kidnapping and some severe ransom demands, your group of rogues have no choice but to perform the biggest heist that Aurania has ever seen – plundering riches from the Imperial Palace of Heavensong, Stone Mountain Fort of Felheim, the Celandine Vault of Cherrystone and the Floran’s Iron Roots reserves. But do you have the chops to get the job done?

It won’t be easy, but at least you’ll have two new units at your command – Thieves and Riflemen! Take tactical advantage of these new recruits, sending forth your Thief to ransack enemy gold and carefully position your Rifleman to take out enemy troops.

Wargroove: Double Trouble arrives on the PC, Nintendo Switch, and Xbox one on February 6th, with the PS4 version coming a little bit later.