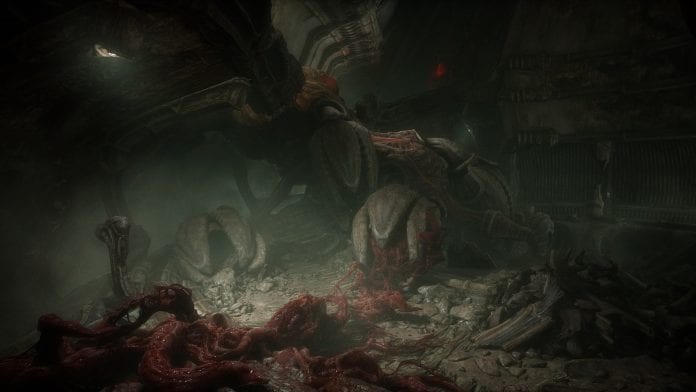 Developers Ebb Software have released a whole heap of footage from the upcoming horror/FPS game, Scorn, running on the Xbox Series X.

If you need some gross looking (in a good way) gameplay footage to spice up your afternoon, you’re in luck! Today brings 14 minutes of Scorn in action, showing off the gameplay, action, and terrifying designs of the Giger inspired horror game.

Gotta say, it’s the sound effects that really sell it for me. It truly feels like you’re immersed in a living world of grotesque monsters/technology, and it oozes atmosphere. While I was surprised by the slower pace, there’s no denying the steady build of tension throughout.

The footage is from a different part of the level revealed previously, and showcases the progress the team has made on the singular experience of Scorn. Gameplay and game systems have been enhanced, with new weapons, animations, environments and creatures added.

The entire environment and every encounter within it are designed to tell a specific story and draw you into the world of Scorn. Initially indifferent to your humanoid presence in the sticky, organic passages they inhabit, the creatures you meet quickly turn hostile if crossed.

Scorn is set to hit PCs and Xbox Series X at some point in 2021.