One of the most anticipated games for PlayStation 5 is without a doubt Insomniac Games‘ Marvel’s Spider-Man: Miles Morales. After the stellar first game led to Morales getting his own unique Spidey powers, Insomniac Games has developed a smaller, yet complete game for the now-Harlem hero.

Insomniac Games has said all along that Miles would have his own unique moveset and that the game would feel very different from the original. As the demo shows, that’s absolutely the case. In addition to his agile attacks, Miles utilizes electricity to take down members of Roxxon and the Underground.

Additionally, Insomniac Games also announced that Marvel’s Spider-Man: Miles Morales will release alongside the PlayStation 5 on November 12, 2020 and November 19, 2020. Furthermore, it will also release on PlayStation 4. That’s a bit of shock considering Sony’s stance on developing games exclusively for new consoles. 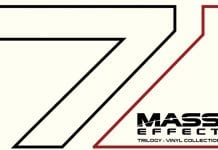