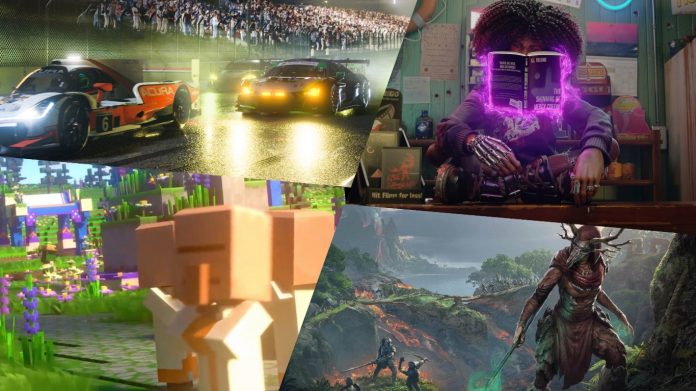 Today, the Xbox & Bethesda Developer_Direct will showcase Redfall, Forza Motorsport, Minecraft Legends and The Elder Scrolls Online! Xbox and Bethesda have a ton of development teams that are excited to showcase there games directly from Arkane Austin, Turn 10 Studios, Mojang Studios and ZeniMax Online Studios.

The showcase will start at 12pm PT/3pm ET/8pm GMT! Make sure to also stay tuned after the main presentation, ZeniMax_Online has a full stand-alone showcase planned to show all more on The Elder Scrolls Online

I’m very excited to see what Turn 10, Mojang Studios, and Arkane Studios have to showcase about their titles. Though I’m a huge Elder Scrolls fan, I haven’t had the chance to properly enjoy the Elder Scrolls Online Experience. I know that it’s been some time since the game released, I just never had a group to play with so I have held off on playing it. After seeing the latest trailer though. . .looks like I might be jumping in last minute!

What game are you most excited to see today? Let us know by hitting us up on the Cinelinx Twitter with the hash tag #CinelinxGaming