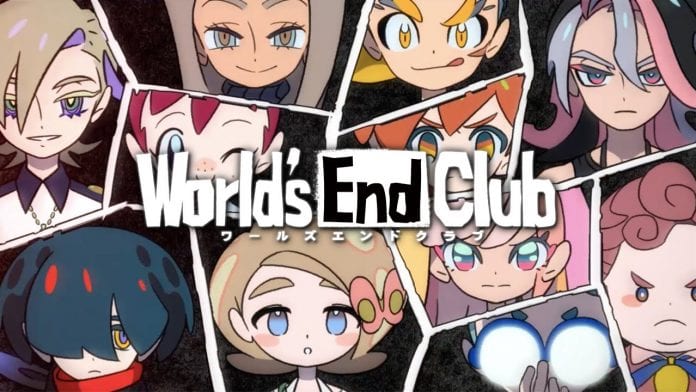 Last September, publisher IzanagiGames and developer Too Kyo Games launched their dark, 2D sidescroller called World’s End Club on Apple Arcade. Today, Nintendo announced that the mobile game will be coming to Nintendo Switch this May this a new trailer.

Below, is a summary of the game, courtesy of Apple Arcade.

In an elementary school in Tokyo, there’s a club called the “Go-Getters Club,” made up from oddball kids from all over Japan. Reycho and the other members are somehow different than the other kids around them. Then, one day, during the summer… While on the bus for their class trip, they get into an accident. When they wake up, they’re in a theme park under the sea. Reycho and the others are trapped inside this strange, long-abandoned place. Suddenly, from out of nowhere, a mysterious clown appears and orders them to play a “Fate Game”! Before any of them can figure out what’s happening, they’re fighting for their very lives. Will they be able to survive and make it out of this weird place? The kids are all lost and confused… But then, extraordinary powers begin to awaken within them. While at the same time… “Abnormal events” are occurring all over the Earth.