This morning, XSEED revealed their upcoming line-up for E3 2021 including fresh looks at previously announced game, with 3 new title announcements!

I’m a sucker for all things Rune Factory and have been very eager to see what’s going on with Rune Factory 5 (which was supposed to have launched already). Thankfully, I won’t have to wait much longer to learn more about it, and some of the other titles from XSEED Games.

This morning, they’ve announced they’ll be taking part in the Future Games Show which will go down on Sunday, June 13th. There they’ll discuss updates on Rune Factory as well as offer a look at three unannounced games in the works. Definitely another reason to watch:

XSEED Games, the independent-minded publishing brand of Marvelous USA, Inc., today teased the first details for their E3 2021 lineup ahead of the show, which takes place virtually from June 12-15. Fans will be able to experience all the announcements, livestreams, and community events through the official app or at the virtual XSEED Games E3 booth! Additionally, XSEED Games will be participating in the Future Games Show, Powered by WD_BLACK™ kicking off Sunday, June 13 at 4:00PM PT / 7:00PM ET, with news about upcoming titles including Rune Factory 5 and more.
The XSEED Games virtual booth will host information about their upcoming releases including AKIBA’S TRIP: Hellbound & Debriefed and Shadowverse: Champion’s Battle, as well as additional titles as they are revealed. The schedule for their special livestreams, which will be hosted on Twitch and viewable in their virtual booth, was also announced today:

Be sure to stay tuned to Cinelinx all week as we’ll be bringing you all the latest news and impressions from E3 2021 via our Event HUB! 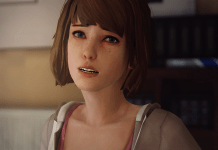