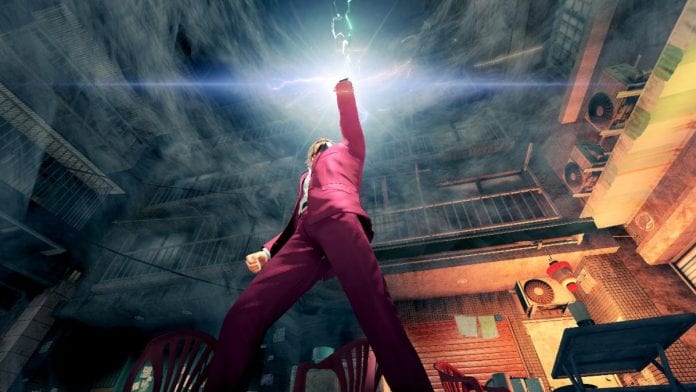 Sega kicked off Comic Con @ Home today with a new gameplay trailer for Yakuza: Like a Dragon in addition to news that actor George Takei is joining the cast to voice the antagonist at the center of the game’s conflict.

“Ever want to see a group of middle-aged “heroes” battle massive construction vehicles, take down thugs with an uppercut from a facial wand, or summon a tempest of pigeons? Yakuza: Like a Dragon has you covered – it’s like no other RPG before it,” developers said.

Sega also revealed the voice actors for the main cast of the game including Kaiji Tang as Ichiban Kasuga, protagonist of the story returning from 18 years spent in prison; George Takei as Masumi Arakawa, patriarch of the Arakawa Family; Andrew Morgado as Koichi Adachi, an ex-cop on the search for truth; Greg Chun as Yu Nanba, downtrodden former nurse making amends with the world; and Elizabeth Maxwell as Saeko Mukoda, a bar hostess on a mission.

“As a veteran actor of TV and movies, George Takei has lent his talent and gravitas to such characters as Hikaru Sulu (Star Trek), Yamato-san, (The Terror) Kaito Nakamura (Heroes) and other iconic roles. Mr. Takei is taking on the role of Masumi Arakawa, a powerful patriarch whose dissolution of the Tojo Clan’s yakuza empire sets into motion the conflict at the heart of protagonist Ichiban Kasuga’s story,” developers said. “Ichiban joins forces with a colorful crew from different walks of life to uncover the truth behind his former patriarch’s capitulation to a rival yakuza organization, the Omi Alliance of Kansai.”

Sega revealed some day one preorder bonuses which include the legends costume set and steelbook case.

“The Hero Edition (for $69.99, available in digital format) includes all features from the Day Ichi Edition, as well as the Job Set, which adds two new playable jobs – the guitar-shredding Devil Rocker and the naginata-wielding Matriarch, and the Management Mode Set, which contains a wide selection of additional employees for the expansive Management Mode minigame.