She’s not as diabolical as she sounds.  She wasn’t trying to pirate the film, or record it in order to sell it over internet.  In fact the 3 minutes (not even consecutively) of the film that she shot was entirely done by accident.

She was filming her daughter’s birthday and scenes from New Moon ended up in some of the shots.  The result is that she was quickly arrested and spent two days in jail while awaiting a hearing.  After viewing the tapes, the judge determined that Samantha didn’t record the footage with any ill intent.  The charges were quickly dropped (with an apology), and most people on the internet agreed it was a ridiculous situation.

However, Samantha Tumpach has just recently filed a civil suit claiming emotional distress and malicious prosecution on behalf of Muvico Theaters.  For her emotional distress she’s seeking $50,000.  She’s saying that since she was arrested in the theater it cause a great deal of embarrassment and affected her personal life afterwards.  On top of that she’s saying the theater only called her in because the MPAA offers a $500 award for movie theater employees who catch pirates. 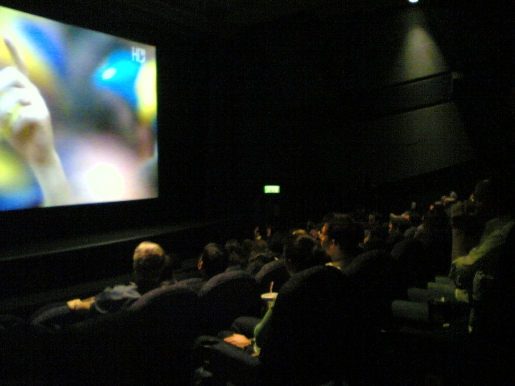 Honestly this is ridiculous.  There’s a reason why movie theaters have posters that tell you explicitly to never bring in any kind of recording device.  The fact that she ignored these signs (as well as common sense on the matter) is her own fault.  The movie theater was doing only what they were supposed to do when they see someone with a camera inside a theater.

Regardless of the purpose of the camera, she should have known better than to bring it in there.  It sucks that she got arrested, but at least the authorities listened to reason and let her off the hook.  I would say one night of embarrassment is way better than the 3 years of jail time she could have received from the charges brought against her.

At this point it merely looks like a ploy for money, because if she had followed the rules to begin with, the situation would have never happened.

Everything Is Canon: Fire With Fire