In Hollywood, its said a person would do anything to make it.  And come on; we’ve all seen rejection in our life time.  Sometimes, it’s hard to accept.  Hard to take.  There’s no way that they WOULDN’T love you.  There’s no way they would just flat out reject you.  You have to try one last thing, something big and something drastic.  And that’s just what one screenwriter did.

Last Thursday, the LA Times reported on the incident, in which an aspiring screenwriter left his briefcase at a Beverly Hills Talent agency in hopes that someone would read it.  Tragically, it wasn’t to happen.  Instead, the agency called the Los Angeles County Sheriff’s bomb squad to deal with the package.  The squad arrived at 10 am, at which point the briefcase had already been moved to an alleyway outside the building.  The police closed the area and evacuated the surrounding buildings.  The detonated the briefcase, and the threat was averted.  Of course, there was no threat; it was later found that the briefcase contained a laptop and a bundle of papers, which included his script.  So not only did he destroy his (probably) expensive laptop, but also his script.  Let’s hope he saved the script to a flash drive first.  If not, the story is even more tragic.

Apparently, the screenwriter had been hounding the company for weeks, hoping in vain that the agency would read it.  When they didn’t it, the writer tried one last, desperate move.  Honestly, it was pretty stupid.  Why the hell didn’t he just leave a note tagged to the front?  The whole disaster would have been averted.  Secondly, why the hell did he include his laptop in the bundle.  Wasn’t the script and a resume enough.  Lastly, I don’t blame the agency for acting as they did.  A guy who had been harassing you for weeks leaves a mysterious briefcase in the middle of your lobby and bolts out the door?  Yeah, that’s not suspicious.  A stupid situation created all in the name of the Hollywood dream.  Sad indeed.

No one was hurt in the incident, and the person in question was only detained in jail for a short time.  Well he didn’t face any jail time, he’ll certainly be ostracized amongst his screenwriting circles for years to come.  Or, this will be the big incident that makes him popular and the studios curious to read his script.  Who knows.  Hollywood is a weird place. 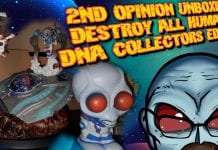