Participants at Barnes and Noble were given a bag featuring the 75th anniversary Batman logo on one side and the cover image of the limited edition Detective Comics #27 being handed out at the event. The issue featured a reprint of the original debut of the Caped Crusader and a modern re-telling of the story as well.

Each bag included the comic, one of four different masks the child could choose from, bookmarks, and two posters that featured important graphic novels to read and a timeline of important events in the history of the Dark Knight. Those who didn’t show up on time lost the opportunity of getting most of the goodies as they ran out in about twenty minutes.
Once they were given their goody bags, the families were ushered to a reading area. After being seated, a woman came out and read two short stories to the excited crowd. One was a book about general super heroes while the other tale featured Batman and Robin having one heck of a night when all their biggest super villains escaped from Arkham Asylum at the same time. The Dynamic Duo’s misfortune served as great entertainment for the young audience.
The event closed out with a short craft time where kids were given the opportunity to participate in a couple fun activities. The first thing they could do was make their own Batman mask. They were also each provided a Beware the Batman coloring sheet to enjoy.
As the masked children and their parents shared in the festivities, they enthusiastically chattered about Batman or their personal favorite super hero. One girl was more interested in Wonder Woman understandably. Each seemed pleased with the thrilling items they were given for Batman Day. On my way out, I witnessed the fruits of the celebration. A little boy’s imagination had been piqued and he was making his mom buy him a graphic novel featuring our favorite crime fighter. It’s never too early to become a fan of the greatest comic book character ever created.

You can click here to see pictures of Batman Day from Barnes and Noble at the Parks Mall in Arlington, TX. 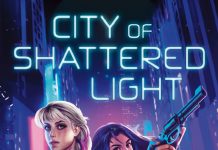 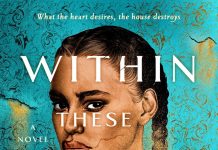 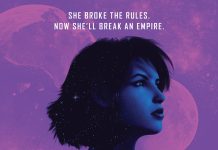