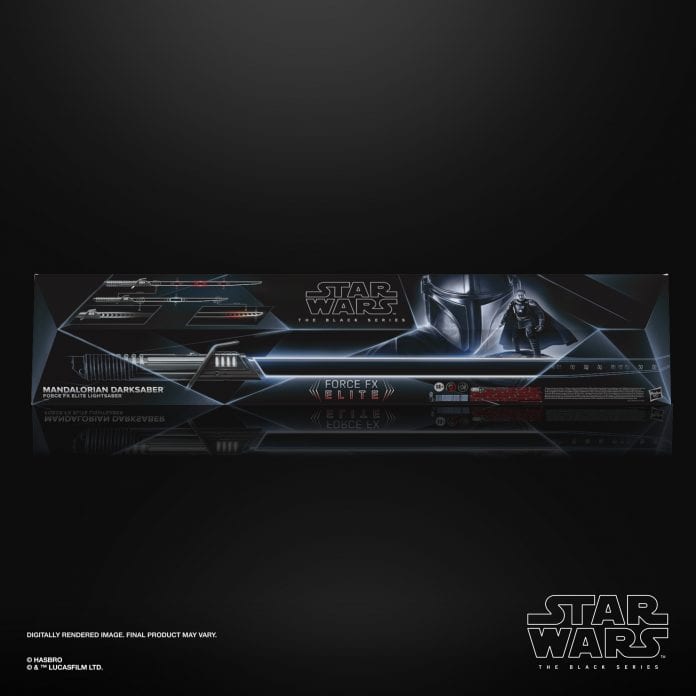 Hasbro has revealed a pair of new Black Series Premium replicas based on the Darksaber and Boba Fett’s shiny new helmet.

The Mandalorian‘s second season has come to an end and today brings the final “Mando Monday” celebration. After several weeks of reveals, this final one from Hasbro delivers some replicas fans have been eager to get their hands on. While we’ve gotten a version of the Darksaber in toy form earlier this year, this is the version we’ve been waiting for. The Force FX line always brings the quality for both display and play, which means this one is going to be a must have. This will be available in Summer 2021, with pre-orders going live on GameStop at 4PM EST today. Boba Fett not only returned and got his armor back this season of The Mandalorian, he also gave it a shiny new coat of paint! The latest Black Series premium collector’s helmet captures that new paint job. Sadly, fans will have to wait a bit longer for this one as it doesn’t release until Spring 2022 (pre-orders go live on Amazon at the same time today).

Commemorate the live-action return of fan-favorite character BOBA FETT with STAR WARS: THE BLACK SERIES BOBA FETT (RE-ARMORED) PREMIUM ELECTRONIC HELMET, inspired by the series THE MANDALORIAN on Disney+! This role-play item with premium deco, realistic detail, and series-inspired design is a great addition to any STAR WARS fan’s collection. Featuring a flip-down rangefinder with flashing LED lights and an illuminated heads-up display (HUD), fans can imagine what it was like for the famous bounty hunter to reclaim his iconic armor and suit up for galactic action alongside THE MANDALORIAN!

Which or these are you looking forward to most?