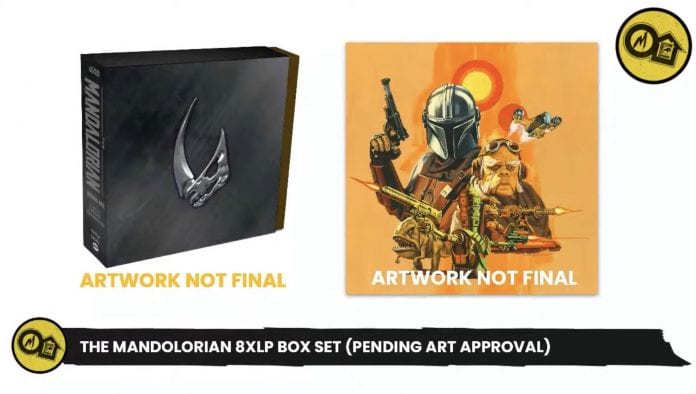 Star Wars fans and music lovers have something new to look forward to with Mondo’s upcoming LP featuring the music of The Mandalorian!

During their Art of the Soundtrack [email protected] panel, Mondo revealed some impressive new LPs for collectors, including an impressive deluxe set for The Mandalorian season one. While there are no current details on a specific release date, they mentioned during the livestream (which you can watch in full below) they are hoping to release it BEFORE the second season of the show, which is set to debut in October. There are eight discs, one for each episode, which feature individual sleeves with artwork from Paul Mann.

They said they were actually trying to have this set ready to launch by SDCC, so it sounds like we can expect this to go on sale sooner rather than later. No pre-order links or anything, but keep your eyes on Mondo for this release!

Will you be picking up this impressive The Mandalorian soundtrack set?