Who would have thought even five years ago that the King of Atlantis would not only be able carry one monthly title, but two? Aquaman and the Others #1 proves that the hero has what it takes to lead his own team of super friends. Issue #1 of the new series wastes no time getting straight to the point with a murder and rooftop battle… and that’s just in the first three pages.

Aquaman partners with an eclectic group of super heroes against a mysterious foe. The members have been commissioned to protect a group of Atlantean artifacts. Their powerful opponent will stop at nothing to take possession of these relics.

Dan Jurgens takes the time to introduce the individual members that will make up the Others. He does this by giving each of one a couple of pages to highlight their solo work before dropping them all in a room together to figure out a plan of attack against their enemy. Jurgens doesn’t try to re-invent the wheel with issue #1. He chooses to use a tried-and-true formula of telling a tale through establishing backstories and then tying everything together in an exciting manner.

Penciler Lan Medina provides strong and intricate artwork for Aquaman and the Others #1. You can immediately tell he graduated from the same school of art as Jim Lee, Ivan Reis, and Andy Kubert. I tend to enjoy a little variation in my illustrations, but you can’t slight Medina when his drawing talent is so evident in every panel.

Aquaman and the Others #1 is rated “T” for Teen. There’s the usual comic book violence and mild language. South American jungle girl Ya’Wara dresses as skimpy as you would imagine she would. She has the typical huge boobs we’ve all come to expect and fanboys like to ogle over.

I’m a huge Aquaman fan and will definitely be keeping up with Aquaman and the Others. Issue #1 does an outstanding job of establishing the plotline and direction the first five entries in the series will be heading. Strong narrative and great artwork make this a must-read for followers of the King of Atlantis.

Aquaman and the Others #1 is available now in print and Kindle editions. 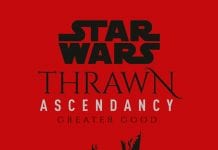 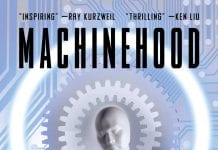