Gotham By Midnight #1 introduces us to an extraordinary team made up of Lieutenant Weaver, Forensics Doctor Szandor Tarr, Religious Consultant Sister Justine, Detective Lisa Drake, and Detective Jim Corrigan which is referred to by the rest of the police department as the “Night Shift.” As the ghostly Spectre, Corrigan has a special interest in the cases the group looks into. Each member of the group does their part to solve the mysterious wrongdoings which unfold during the Witching Hour.

Writer Ray Fawkes couldn’t be more perfect to pen the enigmatic adventures of the “Night Shift.” His time on the Constantine title more than gives him the experience it takes to put together eerie tales of gothic horror. He even fits the Dark Knight into issue #1, although he doesn’t play a major part in the team’s investigation.

What can I say about Ben Templesmith’s artwork that hasn’t been said before? His unique style of drawing is the perfect companion for Fawkes’ frightening tale of supernatural sleuthing. Templesmith’s distinctive illustrations and inimitable coloring just feels unnatural and cryptic.

Gotham By Midnight #1 is rated T+ for Teen Plus. The story is a bit more frightening and disturbing than what you get in most of the mainstream super hero books. There’s no nudity or anything of that nature. I wouldn’t even consider the profanity used to be more extreme than the usual comic book these days. I guess the subject matter, imagery, and dark tone of the series is what pushes it to the next level.

Imagine combining the best elements of Gotham Central with the television show Grimm and you have an idea of what to expect from Gotham By Midnight. It’s a police procedural that takes things in a supernatural direction. Add to that the art style which made Ben Templesmith famous and inspired one of the most frightening modern vampire films of the new century and you have a winning combination. If Batman and Commissioner Gordon can’t solve the problem, maybe the Spectre and his team of crime fighters can!

Gotham By Midnight #1 is available now in print and Kindle editions. 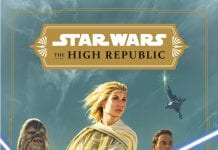