Actors participating in Dallas Comic Con’s Fan Days for 2014 include familiar faces from across the geek spectrum. Lord of the Rings fans can participate in a mini-reunion between Hobbits with Sean Astin and Elijah Wood. The Goonies prove they never say die as Astin is joined by his comrades and Lost Boys hunter Corey Feldman and Indiana Jones and the Temple of Doom alumni Ke Huy Quan. Arrow enthusiasts can breath a sigh of relief and take comfort in knowing super hero Canary is alive and kicking in real life with the appearance of Caity Lotz.

Other media guests include Harry Shearer of This is Spinal Tap!, The Simpsons, and Godzilla. The Weasley Twins, James and Oliver Phelps, from Harry Potter will cast a spell on everyone they meet. Those into Star Wars can celebrate the franchise by rubbing elbows with original Emperor voice actor Clive Revill and Darth Maul himself – Ray Park. Karen Allen (Marion Ravenwood in Raiders of the Lost Ark and Kingdom of the Crystal Skull) joins the aforementioned Ke Huy Quan (Short Round in Temple of Doom) from the Indiana Jones films to grace us with her rare presence as well. Other celebrities include Kevin Sorbo (Hercules, Andromeda, Kull the Conqueror), Paul McGann (Doctor Who), Green Power Ranger Jason David Frank, and Peter Robbins (the voice of Charlie Brown).

Throw on your best costume and walk the Coslay red carpet as you join thousands of fellow nerds as Dallas Comic Con’s Fan Days takes over the Irving Convention Center (500 W Las Colinas Blvd, Irving, TX 75039) for three days. It kicks off Friday, October 17th at 4:00PM to 8:00PM. It runs 10:00AM to 7:00PM on Saturday and 10:00AM to 5:00PM on Sunday. Tickets for the event can be found at the official website. Children ages five and under attend FREE and do not require a ticket. 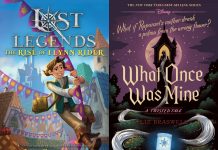 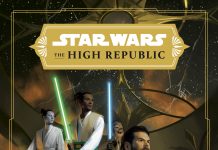