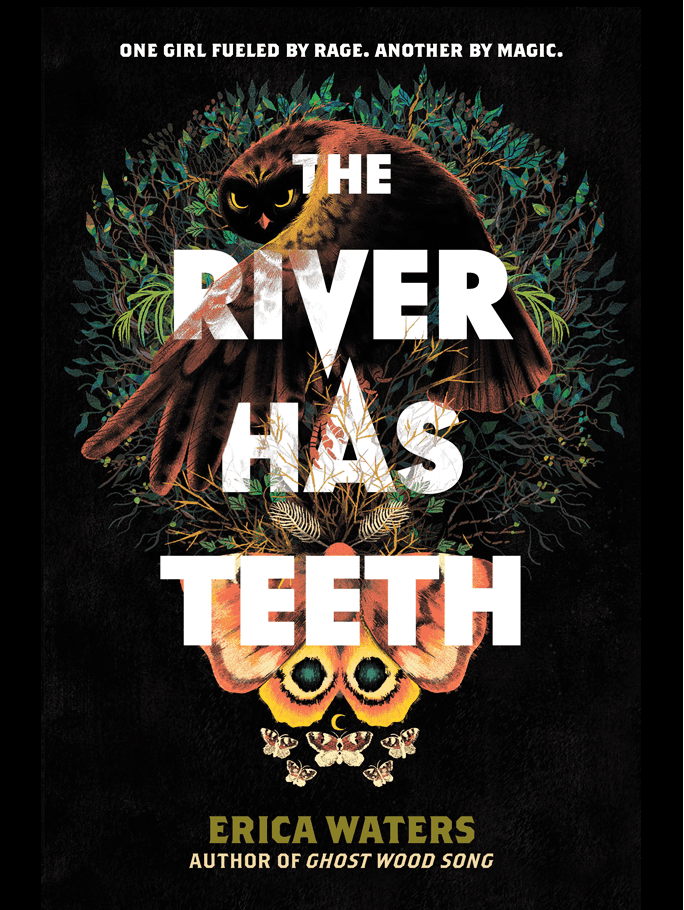 On this episode of Everything is Canon, Steve talks to Erica Waters all about her new book, The River Has Teeth, which is described as “a genre-blending contemporary thriller that offers a searing indictment of men who prey on women while the book’s fantasy elements offer a form of revenge and resolution. The broad narrative strokes that address the book’s intersections of race, class, sexuality, and gender will prompt important conversations by readers.”

Girls have been going missing in the woods….

When Natasha’s sister, Rochelle, goes missing on the Bend—the second girl to disappear from the wildlife preserve—Natasha will do anything to make sure she’s found.

As the case turns cold, Natasha’s desperation takes her to Della, a local girl rumored to be a witch, in the hopes that magic will bring Rochelle home.

But Della has her own secrets to hide. Because Della thinks she knows who is behind these disappearances—her own mother, turned into a terrible monster by a spell gone wrong.

Natasha is angry. Della has little to lose. Both are each other’s last chance.

The River Has Teeth is not only a vibrant exploration of the danger of letting grief and anger consume you, but it also looks at how elemental and ancestral magic, through intent, comes most of ten from a desperate need and pain, not joy.

Steve and Erica talk about finding inspiration in the age-old tradition of murder ballads, this gorgeous cover, how this book deals with being labelled misandrist, why people who find Natasha unlikable have it all wrong, The River Has Teeth of course, and much, much more.

The River Has Teeth is out now, click HERE to order a copy today!

Erica Waters writes YA contemporary fantasy with a Southern Gothic feel. She’s originally from the pine woods of rural Florida but has made her home in Nashville, TN, where she’s learned to love bluegrass and has even starting learning banjo. She has a Master’s degree in English and works as a university writing tutor. When she’s not writing books, you can find her hanging out with her two dogs, Nutmeg and Luna. Her debut novel, Ghost Wood Song, was a Bram Stoker Awards finalist and was nominated for YALSA’s 2021 list of the Best Fiction for Young Adults.

Everything is Canon
Everything Is Canon: The River Has Teeth