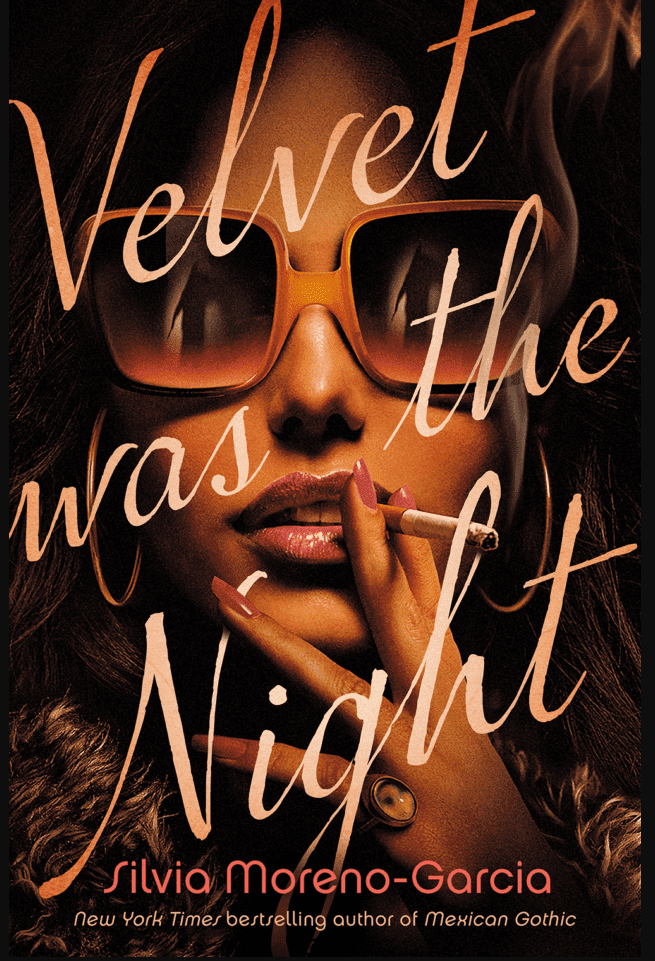 On this episode of Everything is Canon, Steve talks to Silvia Moreno-Garcia all about her latest release, Velvet Was the Night, which is described as “From the New York Times bestselling author of Mexican Gothic comes a “delicious, twisted treat for lovers of noir” about a daydreaming secretary, a lonesome enforcer, and the mystery of a missing woman they’re both desperate to find.”

1970s Mexico City. Maite is a secretary who lives for one thing: the latest issue of Secret Romance. While student protests and political unrest consume the city, Maite escapes into stories of passion and danger.

Her next-door neighbor, Leonora, a beautiful art student, seems to live a life of intrigue and romance that Maite envies. When Leonora disappears under suspicious circumstances, Maite finds herself searching for the missing woman—and journeying deeper into Leonora’s secret life of student radicals and dissidents.

Meanwhile, someone else is also looking for Leonora at the behest of his boss, a shadowy figure who commands goon squads dedicated to squashing political activists…

The Front matter, principal text, and back matter in this book all hit very high levels, with a great introduction, a killer playlist, which is also the books in-universe soundtrack, a very edifying author’s notes, a gorgeous cover, and one of the best epilogues in recent memory, yes, this book is a fantastic cover-to-cover read. These pages turn themselves and despite the dark noir esthetic, freedom crushing state violence, and a story completely lacking in empathy, Velvet Was the Night is one of the most fun and romantic books you’ll read this year! To read Steve’s full review, click HERE!

Steve and Silvia talk about of the highs and lows of social media marketing, the non-fiction leanings of the book, convention versus non-convention storytelling, Velvet Was the Night of course, and much, much more.

Velvet Was the Night is out now, click HERE to order a copy today!

Mexican by birth, Canadian by inclination. Silvia Moreno-Garcia is the author of a number of critically acclaimed novels, including Gods of Jade and Shadow, Mexican Gothic and many more. She has edited several anthologies, including She Walks in Shadows. Silvia is the publisher of Innsmouth Free Press. She co-edited the horror magazine The Dark with Sean Wallace from 2017 to 2020. She’s a columnist for The Washington Post. She has an MA in Science and Technology Studies from the University of British Columbia. Her thesis can be read online and is titled “Magna Mater: Women and Eugenic Thought in the Work of H.P. Lovecraft.” She lives in Vancouver, British Columbia.

Everything is Canon
Everything Is Canon: Velvet Was The Night