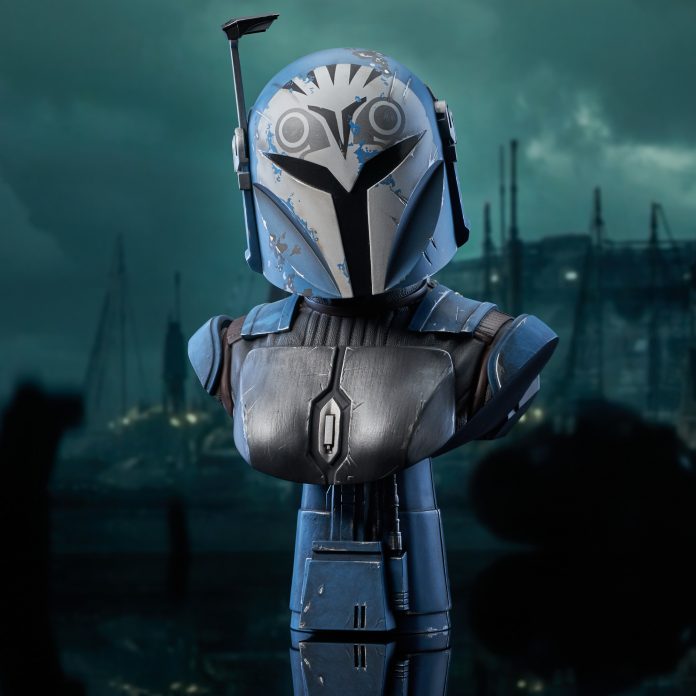 This afternoon, Gentle Giant Ltd revealed some new collectibles coming in early 2023 that Star Wars fans will want to get in on.

From animation to live-action, Gentle Giant’s new Star Wars product reveals have a little bit of something for every fan to enjoy. As part of their big Spring preview, the company behind the swanky high-end collectible statues revealed four new Star Wars items (in limited amount of pieces) that are available to pre-order starting today!

A Gentle Giant Ltd. release! The mother of Luke and Leia and the wife of Anakin Skywalker looks resplendent in her Senatorial garb in this all-new 1/7 scale mini-bust based on her appearance in the Clone Wars cartoon. Measuring approximately 6 inches tall atop a pedestal base, Padme Amidala joins the rest of the cast of Clone Wars and Rebels as a mini-bust, and comes packaged with a numbered certificate of authenticity in a full-color window box. Limited to 3,000 pieces. SRP: $90.00

A Gentle Giant Ltd. release! Bo-Katan Kryze is a legend on her homeworld of Mandalore, and now she’s a Legend in 3-Dimensions! Depicting the freedom fighter as she appeared on Season 2 of The Mandalorian, this 10-inch, approximately ½ scale resin bust features detailed sculpting and paint applications. Limited to only 1000 pieces, it comes packaged in a full-color box with a numbered certificate of authenticity. SRP: $200.00

A Gentle Giant Ltd. release! Revenge does wonders for the will to live, and the Grand Inquisitor is living proof! After surviving a betrayal by the Third Sister in Obi-Wan Kenobi, the Inquisitor takes back his rank and leaves her for dead, making him one of the coldest villains in the Star Wars mythos. Now, he’s one of the coolest mini-busts in the Star Wars mini-bust line! This all-new 1/6 scale mini-bust stands approximately 6 inches tall atop its pedestal base and features interchangeable double-bladed lightsabers. Limited to only 2000 pieces, it comes packaged in a full-color window box with a numbered certificate of authenticity. SRP: $130.00

A Gentle Giant Ltd. release! Jumbo Fett? Where? The star of The Book of Boba Fett is finally here, in his all-new outfit, and he’s a 12-inch Jumbo figure! For the first time in the line, Gentle Giant LTD is capturing the modern-day Boba Fett in the retro style, and he’s a full foot of awesomeness! Featuring a vinyl skirt, a blaster and a backpack missile, this figure is a must-have, and it comes packaged on a full-color card in a resealable clamshell blister. SRP: $80.00

Which of these new collectibles are you most excited about? Be sure to get those pre-orders in (especially on the limited ones) via the links included above.