Fan Fest was never marketed as an event to overtake Phoenix Comic Con, but more or less an event for people in December. Since we really have nothing else most of the year and the weather is beautiful. Instead it was marketed as something smaller in a big venue for fans. Yet they were still making it out to be like some massive event. The ticket prices were rather high, they were creating deals to get people in hotel rooms, and inviting people from all over the country to attend. So with that in mind I expected the event to be bigger than the undertone made it out to be.

That is probably why as a visitor I felt underwhelmed most of the time. The guest list was lackluster at best. Putting it lightly if you are not a Doctor Who fan, and I’m not, you probably had little to no interest in their special guests. If you did, well you had a repeat of panels throughout the weekend, but nothing much to choose from. I had a hard time figuring it out, but I think they only had one room for panels, with maybe 4 or 5 panels a day. Sunday was the most bare with 3 panels and a Phx CC tease.

So other than that we had a chance to walk the show floor, and this wasn’t that big at all. I noticed a lot of missing local vendors and we ended up seeing pretty much everything the first day we were there. Basically we looked for a day, then the next day we let a few vendors talk us into buying some cool stuff. The only lame part was that it was lacking some exclusives that are normally cool at a normal con. Don’t get me wrong, what little exclusives there were had out attention, we just wish there were more of it. Even in artist alley there were very little exclusives to find.

The one cool thing about the show floor was that it brought me back in time when Phoenix CC was smaller. It was small, but the “guests” of the show were on the same floor as everyone else. They were out there selling, and we had people from all over that were extremely talented blended right in with everybody else. Artist Alley was originally planned to be put up in the lobby area of the stadium (which I have found arguments for good and bad sides for), but they were instead all pushed down to the show floor. They were blended right in with actual vendors, and without a keen eye you had no idea you ever crossed that line.

I know plenty of local artists and distributors throughout Arizona, so lucky me I get to see both sides of the event. This is where good news starts flowing in. I heard a lot more positive talk from vendors than I did the actual people attending the event. Most vendors I talked with had made their money back by day two, others were simply have a great time promoting themselves and talking with guests. They all seemed mostly thrilled with what was happening, but even they couldn’t help but be optimistic about future Fan Fests. Every single vendor I talked with said they would more than happily return next year for various reasons.

This seems to be the gist of Fan Fest. It wasn’t a terrible event, but it was clearly new and developing. They seemed to be testing things, seeing what worked, and what to improve. They have plenty to improve on. A friend of mine suggested that the event better utilize the stadium itself, and that’s something I truly agree with. There was no “presence” of the event anywhere. The stadium itself was bland, no big banners, no big greeting signs, nothing that leads you into the stadium itself. Outside was a few food trucks and on the complete opposite side of the stadium of where you park was some outdoor activities. Then inside the stadium nothing was utilized there either. You have a big open space above your head, a ton of empty chairs all around the stadium, and yet it was all bare. We even went to Westgate (a little outdoor shopping center near bye) to get lunch (a long walk actually, with nothing notable along the way) and there was no presence of the event going on there. In fact only one person asked if that was what we were there for. The only time we saw anything regarding the event outside of the event itself was during the Coyotes game, where the team welcomed all guests.

This stuff, along with having more guests and more vendors, will be ironed out in the future. The only disappointing thing was that the event felt abrupt right up through the event itself. You can tell it caught some people off guard and could utilize a little more planning. This is the holidays they should really utilize that aspect. We could extend the event outside, make more of a presence, etc… There just needs to be as much planning as Phoenix Comic Con and this event could be massive as well. It has the perfect location in my opinion. As an Arizona resident I much rather travel to Glendale and Cardinal Stadium than Downtown Phoenix any day of the week. Nicer buildings, a great shopping area, better hotels, everything is just better and more modern. They just need to utilize it fully.

The only downside to having the event here was that you have to deal with stadium structure. The event can, and probably will, outgrow what was offered. They will NEED to expand into the lobby areas of the stadium, but that will be cool in my opinion. We agreed that it would have helped spread things out, and give you a bigger experience. Some vendors were saying it wouldn’t make sense though because walking up to them would be hard, and would put smaller vendors out of the way and harder to get to. My question is that the weather was perfect; so why not host part of it outside?

You had food trucks outside, but you were not allowed to carry it inside even though a security guard watched you buy it, why? Because they want to sell you a $6 dollar soda from a vendor inside…. We got a coffee simply because a coffee was cheaper than a bottle of water! If they were to expand outside, maybe more options open up and cut down stadium issues like this. There is stadium access at ground level too, I believe vendors were using it to load their vehicles before and after the show. Other events normally expand out into this area.

Overall if you were a vendor I think the event was a pretty good overall for you. There wasn’t a lot of pressure to be “big” like at Comic Con or bigger events, so everyone had an equal chance. As a guest though, I think it felt lackluster. If you paid 40 dollars for a full weekend then you were probably let down, and were hoping it was “big” for visual appeal. The exhibit hall was basically a big swap meet with cool stuff to buy, but you just paid 40 dollars to see it. The guest lineup was not notable, but it was organized perfectly. The event has its core down. They had it all organized, the basics were well laid out, and they ironed other things out as the show went on, but overall it was clearly a first step and I hope it goes further next year. Otherwise if it stays the same, that’s when it becomes worrisome. I’m just glad I opted to not pay for a hotel, but there were a few out of town guests that loved it.

It was simply something to do, and we don’t have a lot of that in this area.

Was I let down? Not entirely, but I personally have better memories of what I did at Westgate after the show ended than I do from the show itself. Again, I’m only complaining because I know they want to improve for future years and what better way to help than with some constructive criticism? I have absolutely no doubt in my mind that next year will be awesome, so if you are in Arizona (or plan to visit for the beautiful weather) I highly recommend adding Fan Fest to your “to do list” next December. They have more time to plan, and I’m sure some more advertising at Phoenix Comic Con will strengthen the appeal.

(We will have pictures posted later today!) 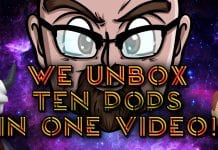 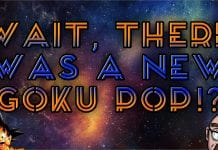