Reebok is celebrating the 40th Anniversary of the iconic first Alien film in style by bringing back the incredible Alien Stomper!

To this day, sports fans have lined up at sneaker stores, around the world, to be the first to own the latest Jordans, Watt Sneakers, and whatever were those things Steph Curry kept releasing (We’re not legally allowed to call them shoes).  Unfortunately for movie buffs of the world, sneaker companies have typically neglected that fandom.

That is, until now.

World-renowned brand, Reebok, has announced that on Alien Day, April 26, 2019, they will be releasing their 40th Anniversary Alien Stomper sneaker boots (pictured).  Fans will remember that these are the same kicks that Ripley (Sigourney Weaver) sported while she was beating serious Xenomorph tail, in the original 1979 Alien film.

Arriving in a cream-white colorway with contrasting blood-red and anthracite detailing, the unisex sneaker is oozing with minute design touches and Easter eggs for die-hard fans. Those details include references to a host of pre-production designs and logos that were never actually used in the film’s final production. making them true prototypes in both our universe and the universe of Alien.  For example, eagle-eyed fans will take special notice of an ultra-rare deviant version of the logo used by the Alien franchise’s infamous “Weyland-Yutani” corporation, which drops the “D” to read just “Weylan-Yutani”.

The Reebok Alien Stompers will be priced at $175 and will include: 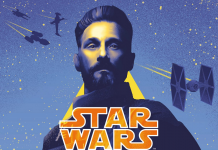 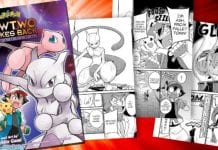