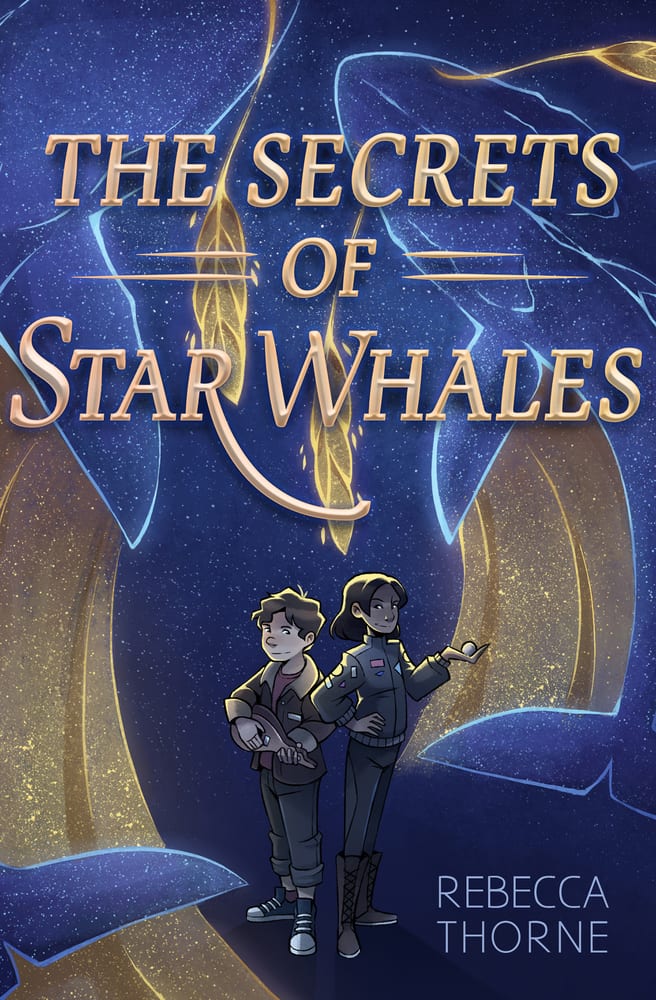 On this episode of Everything is Canon, Steve talks to Rebecca Thorne all about her middle-grade debut, The Secrets of Star Whales, a heartwarming sci-fi story that revolves around Max, a resilient kid but one who is struggling with grief and loss thanks to the sudden death of a parent.

On the small space station Azura, Maxion Belmont is constantly torn between his two passions—engineering and music. Both are hobbies handed down from his father, which is bittersweet since his death two years ago. While his hydrodriver is great for repairing starship parts, his father’s old string instrument tugs at the latent grief Max hides from his mom and classmates with each chord he strums.

When a foreign starship appears on the horizon, Azura welcomes their first tourist in years. Enter Mr. Hames, starship captain and space-brained traveler. But there’s something weird about the stranger-turned-substitute teacher. He has no idea how to teach and thinks enlisting a group of twelve-year-olds to become his starship “crew” is totally normal. Or maybe it’s the fact he keeps raving about the existence of alien creatures in the vacuum of space: star whales.

As Max and the rest of Mr. Hames’s class/crew uncover the mysteries of the star whales, they discover they aren’t the only ones looking for the elusive creatures—and not every whaler has good intentions. Confronted with questions about his own father’s history with the star whales, Max must decide how far he’ll go to understand not only his father, but also the boy he’s become since his death . . . even at the expense of the star whales themselves.

Living on a space station where your future is determined by a genealogical system, Max’s life is thrown for a loop when a mysterious rogue shows up with a damaged ship. Along with his classmates, including his best friend India, this stranger is about to turn Max’s world upside down, but is it for the better, or worse?

Steve and Rebecca talk about their shared love of dogs, many of the fun pop-culture references in the book, The Secrets of Star Whales of course, the joy of middle grade, and much, much more.

The Secrets of Star Whales is out now, click HERE to order a copy today!