It’s another episode of It Is What It Is, and B.C. is talking about Shad Gaspard

This week on IiWiIJA, B.C. says good bye to a hero, a inspiration, and a friend. During this difficult time BC had a hard time recording this episode. Yet was able to talk his Star Trek watch, as well as the Schmoedown announcement of his new role in The Finstock Exchange. Don’t forget to check out the entire Finstock Exchange podcast. On this show there is clip from that episode, but make sure to go and watch the entire thing. All this, and more on a very special episode of It Is What It Is, with The Jackass! Support Shad Gaspard’s family with this new shirt from COLLARxELBOW

Check out the Greedy For Belts Music Video

Join the Jackass Nation Patreon! Get early access to It Is What It Is with Jackass, and other podcasts! Monthly Extras! Merchandise, and join the production crew on Discord! Plus have the satisfaction of supporting an Indy Wrestler!

It Is What It Is with The Jackass is a weekly podcast powered by Cinelinx and brought to you by The Jackass Nation  and The Offshoots Radio Network. Hosted by Professional Wrestler and You Tube Personality, The Jersey Jackass B.C. It Is What It Is brings you a unique look at the world through the eyes of B.C. He talks life, wrestling, movies, television, sports, love, travel, and basically whatever is on his mind at the time. So tune in every week right here on Cinelinx.Com and The Offshoots Radio Network for #IiWiIJAand remember, it is, what it is! 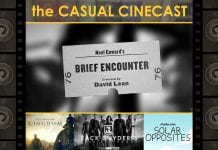