It’s another episode of Jackass One: A Star Wars Podcast, and The Galactic Senate are talking George Lucas feeling betrayed!

This week on Jackass One, Darth Jah-Cass and Emperor Rabid discus Kevin Fiege leading the future of Star Wars. Also George Lucas was betrayed by Disney! Plus both Disney Parks are open, what are people saying? All this, LA Calrissian doesn’t give us a Deal With The Empire, and more on Jackass One: A Star Wars Podcast:

WWE began recognizing September as pediatric cancer awareness month, donate to pediatric cancer at ConnorTheCrusher.Com, and get your Connor’s Cure merchandise on WWE Shop, with the proceeds going to the charity.

The Movie Trivia Schmoedown is coming to Orlando for the first time! Get tickets TheSchmoedownLive.Com! Bring a “We want the Jackass in the Schmoedown” or “Dallas Schmoedown” Sign, or something of that nature and get a special Give Away from BC himself!

Jackass One: A Star Wars Podcast is a weekly podcast powered by Cinelinx and brought to you The Offshoots Radio Network. Hosted by Professional Wrestler and You Tube Personality, and Dark Lord of the Sith Darth Jah-Cass, Jackass One, brings you a unique look at a galaxy Far Far Away. Joined occasionally by members of the Galactic Senate from the once great What The Force Podcast, tune in on the last Monday of every month right here on Cinelinx.Com and The Offshoots. 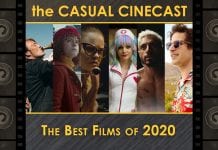 Casual Cinecast Breaks Down the Top 10 Films of 2020 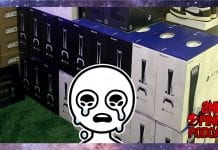 Should We Feel Bad For PS5 Scalpers? NO WE SHOULDNT! | 2ND OPINION PODCAST #319