This week’s episode of The Mandalorian brings us to a familiar planet with all manner of references for long-time fans to enjoy.

As is always the case with my Mandalorian break downs, I don’t shy away from spoilers. So if you haven’t checked out the episode yet and want to remain unspoiled, I’d come back later.

Also, be sure to check out our previous breakdowns for Chapter 1, Chapter 2, Chapter 3, and Chapter 4 for everything you may have missed.

This week’s episode, titled “The Gunslinger,” is a fairly straightforward episode. Chapter 5 kicks things off right in the middle of a dogfight, as the Mandalorian is under attack by another Bounty Hunter from the Guild looking to bring the Child back in. The resulting damage to his ship forces him to land and get repairs before moving onward.

And wouldn’t you know, he ends up on Tatooine! Yep, that’s right, for the first time since Revenge of the Sith (and even that was brief) we once again get to see that iconic planet in live-action. While there, the Mandalorian goes in search of work to help cover the cost of repairs, and babysitting.

He comes across young bounty hunter, Toro Calican, who’s looking to bring in a big bounty and earn his way into the Bounty Hunter’s Guild. The problem, however, is the bounty he’s tracking is incredibly skilled and he needs the Mandalorian’s help to bring here in. The pair manage to reach Fennec Shand (played by Ming-Na Wen) and take her captive despite as severe ass-whipping.

Toro Calican, however, looking to make a bigger score, and after learning about the Mandalorian’s treachery with the Bounty Hunter’s Guild, tries to take the child hostage and bring the Mandalorian in on his own. This plan goes about as well as you’d expect and soon enough, the Mandalorian and his young friend are back on their ship and flying away.

Crazy to think, but less than a month ago we learned more about Ming-Na Wen’s character in The Mandalorian. The Gunslinger brings her into the story. While her role isn’t necessarily large in the episode, it’s definitely memorable.

She plays Fennec Shand, and her character is the bounty he agrees to help track down with Toro. She’s clearly a character with history and a reputation that even the Mandalorian seems reluctant to cross. Apparently she’s an elite mercenary who made a name for herself working as an assassin for the big crime syndicates; including the notorious Hutts.

It’s not long before we find out why she’s so feared as she manages to set a trap (of sorts) for the Mandalorian. Even as Mando and Toro work together to cross the dunes in the night, Shand STILL manages to knock Mando off his bike and nearly out of the fight. Hell if it wasn’t for that handy Beskar upgrade, he’d be dead. That’s not to mention the beating she delivers to Toro just a couple minutes later.

Beyond being able to handle herself in a fight, she’s a quick thinker as well. From the moment the cuffs are placed on her she’s trying to talk her way around the situation, needling the Mandalorian. She mentions the events of Navarro, which means we FINALLY have a name for the planet where the Bounty Hunter’s Guild, and Mandalorian enclave were located.

Perhaps the most shocking thing that happened this episode is that Fennec Shand ends up being killed. I mean, I GUESS there’s a slight chance she could still be alive, but considering we see her crumbled in a heap (in the same position) for an entire Tatooine day, I’m thinking the chances of her faking it are slim.

The tail end of the episode leaves us on something of a tease, however, showing a mysterious character approaching the body of Shand. The fact that we don’t see WHO it is likely means it’s set up to be a surprise (either in the next episode or down the road). So who on earth could it be.

To be honest, my first thought was the Mandalorian himself. I mean, it clearly looks to be a Mandalorian of some kind, and we’ve heard his “spurs” sound effect as he’s walked before. If it was our titular hero, it brings up questions as to why he returned (could he be trying to collect the bounty on Shand and earn his way back into the Guild’s good graces?).

Something tells me, however, that’s not likely. I mean, if it were the Mandalorian himself, why would they chose to hide his reveal? Sure seems like it’s another character, perhaps another Mandalorian…Perhaps someone we already know.

We’ve heard that walking sound effect before in the original Star Wars movies, and we know Dave Filoni (who directed/wrote this episode) enjoys bringing back old characters for fans. Not to mention Filoni has used Boba Fett in The Clone Wars quite a few times. I’m not saying it is Boba Fett, but it sure seems like the kind of surprise cameo this series has been building towards.

That brings a host of other questions that I won’t dive into today (not much point until we get a confirmation one way or another), but it’s a curious tease sure to have fans chomping at the bit.

Many fans have been eagerly waiting to see if Tatooine would pop up in this series. The marketing materials showing off a Jawa Sandcrawler and moisture vaporators seemed to indicate we’d see the Skywalker home planet once again, but that turned out to be another planet entirely!

Rest easy my Star Wars loving friends, Tatooine is back and it’s pretty damn neat to see. It’s weird to think that in all the new movies we’ve had since 2015, this is the first time we actually get to go back to the place where it all started. More so, this is our first chance to see the planet after the fall of the Empire, and the Hutts.

If you’re looking for big exposition on what’s happened to Tatooine since those big events, you won’t find many. What we get, however, are some subtle world-building details that give us clues to how the planet has changed (or not) since the events of Return of the Jedi.

For one, it’s clear that Imperials aren’t welcome on Tatooine as we see the Stormtrooper helmets on pikes. Generally speaking, it seems like things have calmed down overall. The Mandalorian goes to the Mos Eisley Cantina (where we first met Han and Chewie!) and it’s not very busy. There’s only a handful of patrons and it looks like ol’ Wuher is no longer working as the bartender.

Funny enough, the cantina that didn’t allow Droids inside is now operated by droids! The ones we see behind the counter are EV-series droids, the same ones we saw in Jabba’s palace torturing other droids.

Anyway, between the low attendance at the bar, and the Docking Bay worker who opts to take care of our little green friend, Mos Eisley seems less the hive of scum and villainy it once was. Perhaps that’s because the Bounty Hunter’s Guild is no longer active on the planet (as the droid tells the Mandalorian). With Jabba gone and the Guild off planet, it seems like there’s not as much reason for less-reputable people to be hanging around, unless they’re hiding.

It’s an interesting change of pace and I hope to see more things happen on Tatooine down the road.

A Plethora of Easter Eggs

I was going to go through all the various Easter eggs like normal, but the truth is there are almost too damn many to list out! We’re on Tatooine for goodness sake, so virtually every shot contains something that hearkens back to the previous films. From iconic locations, familiar droids, aliens, and even some Tusken action, there’s a lot to take in.

For me, this was both good and bad. I LOVED going back to Tatooine. Seeing the Pit Droids and the Mos Espa reference made my Prequel-loving heart sing. The problem, however, is that so much of this episode feels like one reference after another. Almost to the point I expected characters to start winking at the damn camera, and saying “hey, you remember this?!”

It was neat, though, to see the Tusken Raiders portrayed as something other than pure savages. They have a language (sign language!) and the Mandalorian is able to communicate and barter with them. This is pretty different than how they’re normally characterized so it was really cool to see that aspect.

Oh, and another neat Easter egg for Star Wars Rebels fans is that Steve Blum, who voices Zeb Orrelios, can be heard in this episode. He is the voice of the spaceport controller near the beginning of the episode who tells the Mandalorian where to dock. It’s a small cameo, but still kinda fun.

Where Do We Go Next?

More than the previous episode, Chapter 5 feels like it sits at an odd place and more of a way stop for the seasons than anything else. The child is mostly pushed into the background, popping out occasionally for some adorableness, but isn’t a driving factor in the story. Even the two new characters who form the focus of the episode (Toro and Fennec) have their stories wrapped up one way or another.

While it remains to be seen if Fennec will play another role down the road, there’s not going on in terms of moving the overall story forward. We know the Mandalorian is still being tracked down by other Bounty Hunters, but there’s no sense of what he plans to do about it. Previously he made it clear he’d like to find a better “home” for the child, but that doesn’t seem to be an option until he squares things away with the Guild.

Where Chapter 4 seemed to set things up for the next arc of the story, The Gunslinger seems to do little with it. Aside from a glimpse at a familiar part of the Galaxy the status quo for our characters hasn’t changed at all. Truly, so much of the elements in the story seemed put there as a reason to make a reference to something else.

The Gunslinger is a fun episode of The Mandalorian and I found myself enjoying it both times I watched it (so far). It brings a large fun factor to the table, with some solid performances and continually impressive visuals. It still delivers in all those areas and fans aren’t likely to get bored with it.

There’s no denying, however, that Chapter 5 feels a bit weaker compared to everything else we’ve seen this season. It focused way too much on the nostalgia of Star Wars, which is a very odd step back for a series that has done such an incredible job moving things forward and carving its own path.

I’m crossing my fingers Fennec comes into play for a larger purpose, but at the moment nothing from this episode really seemed to affect the greater story. Our characters leave in pretty much the same situation as which they came into the episode. 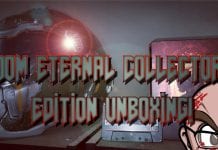 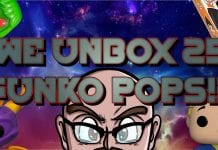