Well it looks like BOOM Studios and DC Comics will be teaming up to combine the Justice League and the original Mighty Morphin Power Rangers team. Scheduled for January of 2016 these two teams will unite for a six issue mini series written by Tom Taylor (Injustice: Gods Among Us, Superior Iron Man) and drawn by Stephen Byrne (Green Arrow, Serenity). As the story will go a teleporter accident transports our Black Ranger Zack to an alternate world where the DC heroes reside.

No more of the story has been revealed but you know how these stories go, misunderstanding between heroes, fight begins, common threat forces them to team up for the greater good. But hey would you care if they were just able to work it out over mutual discussion and understanding? Now these are two wildly different properties. I almost question how they’re going to make it work. But from what I know of Tom Taylor’s writing I know that it’s in good hands. Can Superman whoop a Megazord? Is the Justice League too powerful for the Rangers? I guess we’ll find out. Also we’ll be getting variant covers teaming the individual members of each team and drawn by these artists. 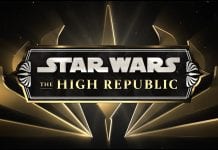 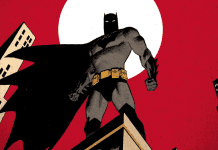 Geek Pick of the Week: The Art of Game of Thrones