Most of us love superhero adaptations—at least, some of them. But as much as we enjoy it, is there a danger of an overdose of comic book films? Will it become like eating too much chocolate and getting a belly ache?

This does not even include television shows like Agents of SHIELD, Agent Carter, Arrow, the Flash, Gotham and Constantine. And let’s not forget the Netflix series, Daredevil, Luke Cage, Jessica Jones and the Defenders. That’s a lot of super-stuff. Is it too much?

For those of us old enough to remember when Star Wars came out in 77, we remember that it inspired a trend of similar ‘star’-titled movie rip-offs (Star Crash, Battle Beyond the Stars, Battlestar Galactica, etc.) and even inspired a feature film version of the TV show Star Trek. This genre, known as ‘Space Opera’ was very big in theaters for several years until the overabundance of entries in this category made Space Operas unpalatable to the general public and the genre petered out (Although it’s making a come-back now with the new Star Wars and Star Trek films). Before that, Jaws began a trend of Killer Animal movies (Orca, Grizzly, Alligator, etc.) but that ended when people quickly tired of it. Halloween led to the slasher films of the 80s, (Friday the 13th, A Nightmare on Elm Street, Child’s Play, etc.) but the slashers were slashed short by overkill. Animal House started a period of the wild teen ‘gross-out comedies’, (Porkies, Meatballs, etc.) but those fell out of favor after a few years. Even when the James Bond movies first came out in the sixties, they inspired a whole plethora of spy rip-offs (Our Man Flint, Matt Helm, Agent from H.A.R.M. and TV shows like I Spy, Man from U.N.C.L.E., Danger Man, Get Smart, etc.) but the overcrowded spy craze faded, with the exception of the Bond films, which have stood the test of time.

The point of all this is…too much of a good thing is not necessarily a good thing. Over the next three years, Marvel and DC currently have a whopping 23 films scheduled to come out.  Will this be too much? Marvel claims it has superhero films planned out until 2028? Is it possible to keep a genre going this long before people get sick of it? Is the one-upmanship of these two companies going to backfire and lead to the premature end of the current fad of superhero movies?

Do you think 23 films in three years is too much? 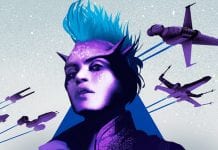 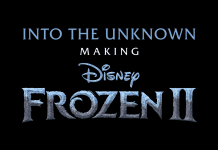