The holidays are quickly approaching and you need some suggestions as far as what gifts to give movie and game lovers. We admit, nerds aren’t always the easiest people to shop for, but you’re in luck! Our talented staff of geeks have come up with our annual Gift Guide of awesome movie and videogame related gifts. Allow us to help you find the ultimate gift for that media-obsessed person on your list!

Cinelinx Card Game – You really think I’d leave off the Cinelinx Card Game?  With a total of four new expansions launched after the initial game and the introduction of a larger storage box, now is the best time to pick up Cinelinx for yourself or the movie lover in your life.  Even if your friends already have it, the new expansions work as an excellent stocking stuffer!

Star Wars Art: Ralph McQuarrie – While this is a tad on the pricier side of things for a gift, any Star Wars fans would be delighted to find this tome of iconic Star Wars art under the tree.  As I mentioned in my review of the set, it’s the biggest (and best) compilation of Ralph McQuarrie’s work on the original Star Wars films.  http://www.cinelinx.com/reviews/products/star-wars-art-ralph-mcquarrie.html

Cinelinx & SCNS Gear – What better way to show off your love of all things nerdy than with some shirts, hoodies, mugs and other various gear featuring art for Cinelinx and our SCNS show?

Harry Potter Collection Box Set – No special reason other than this is an excellent movie series. If you or the person you are buying it for is fan of the Harry Potter series, this is a must buy. Whether you’re 8 or 80 this is sure fire winner of a gift.

Die Hard & Die Hard 2 (my personal favorite “christmas” movies) – Although not directly Christmas movies. These movies, as far me and my very close friends are concerned, have joined the ranks of such films as miracle on 34th street, or a christmas story. It’s Bruce Willis, action, all wrapped in a in 2 great stories that takes place around christmas time. What more could you ask for?

The Walking Dead: Compendium 1, 2, & 3 – If you love the TV series then these books are for you. The books are the almost all the comic books to date. Compendium one takes thru issues 1 to 48, Compendium 2 are issues 49 thru 96, and finally the third gives you issues 97-144. The comic series still continues so hopefully by next christmas they will have #4 all ready for you to purchase.

Doctor Who: The Whoniverse, An Untold History Of Space & Time

For the Love of Spock

Mad Max: Fury Road /Fury Road Black & Chrome – Remember those YouTube teasers we saw earlier this year depicting a glorious black and white version of Mad Max: Fury Road? You can finally own it on blu-ray. Director George Miller made a black and white version of the film along with the color version, but until now it has not been available for us mere mortals. Details are not yet available, but we’re hoping for an isolated dialogue and isolated score options. Available December 6th.

The Secret History of Twin Peaks: A Novel – What better way to get into the mood for the new series of Twin Peaks premiering on Showtime next year? Mark Frost is co-creator of the original series, and with this book he has put together a collection of historical accounts, letters, and documents to create a history behind the show. Not only will this give you context in your return to the world of Twin Peaks, but the odd assembly of documents and intriguing way they are put together echoes the quirkiness and compelling nature of the show.

Stanley Kubrick: The Masterpiece Collection [Blu-ray] – This expansive blu ray collection is a must for film fans. While missing two essentials “The Killing” & “Paths of Glory” and “Spartacus”, this set contains two documentaries and loads of special features for each film, an art print, and a small booklet.

Marilyn Monroe: Classic 9 Film Collection [Blu-Ray] – Treat your loved ones to 9 films of the iconic Marilyn Monroe. Including films from master directors Billy Wilder, John Huston, and Howard Hawks; own the wonderfilm that include iconic moments in cinema: the white dress and the subway grate, the pink dress and “Diamonds Are A Girl’s Best Friend” musical number, and much more!

Hodor Door Stop – Hodor hodor hodor hodor?  You can find some basic door stops in the link at the start, or some magnificently detailed stops are available HERE.

Cowboy Bebop: The Complete Series [Blu-ray] – This classic anime series can be enjoyed in various ways. There is a standard DVD version and a standard Blu-ray version. At the time of this writing, the Blu-ray is on sale at Amazon for half price at $29.99.

Destiny: The Collection – Destiny may be two years old now, but it remains as fun as it ever was thanks to a slew of expansion packs that add in a lot of content.  If you missed out on the shooter when it released or simply stopped playing and missed the last couple expansions (which were the best), then Destiny: The Collection is the perfect gift.  Bringing together the core game and all the expansions for the price of one game.  It’s a lot of content that should keep you happy until Destiny 2.

NES Classic Edition – Well…good luck with this one.  Nintendo’s plug-n-play console that harkens back to the early days of the gaming industry.  Packing in 30 classic games, fans went wild when they went on sale, making it one of the hardest to find items out there, as eBay scalpers have jacked up the price.  Hopefully the stock will even out as we get closer to Christmas, in which case this is the perfect gift for any gamer.

Arctis Headphones – We’ve had the opportunity to review a handful of gaming headphones within the past year, but we’re listing one of the newest ones to come out on our guide for a reason…It’s good quality and at a price point that’s feasible for people to actually buy as a gift!

PlayStation VR Headset – although I have had my own personal issue with this item, mainly cost. It still doesn’t diminish the fact that it is a good buy. For one this system is half the cost of any other VR system currently on the market. I actually suggest going to a best buy and trying out the VR experience with the PSVR. I have and it’s fun. Even though I am not crazy about the price of the core headset (it costs more than a PS4) at $399 for the headset, The bundle is a much better deal at $499.

If you cannot get it for the $500 price I’d do a little homework before purchasing. Some retailers have marked up the price to $600-750 or higher, but that’s because they’ve put together their own bundles. Usually a extra controller or just more games added to bundle. If you have a die hard gamer on your list, they’ll love you forever if you got them this.

Batman Arkham City Statue – This was just revealed by Prime 1 Studios, but it is a 3 foot tall Batman Arkham City statue with amazing detail. I don’t know if it will be out in time for the holidays, but a simple pre-order for the extremely limited run (only 500) would make anyone like me go bonkers. I collect figures and toys all the time, and Batman is one of my favorite ones to collect. This statue though is a collectors dream, and anyone else that is simply a Batman fan will love it.

Of course something like this would only be given to someone that you absolutely love, so I’ve also found some others as well. DC Direct released a unique one not too long ago that costs $150. I have a limited-edition DC Direct figure myself and it’s one of my favorite in my collection. Another one in their collection I have my eye on is a $60 figure of the 90’s cartoon.

Square Enix has also been taking shots at DC characters for a while now.

Xbox One Custom Controller – Ever since Microsoft announced fully custom controllers I’ve been wanting one just to have. You can design all the colors and buttons, and even add a special engraving to it. This is a great opportunity to show someone you really love them with a special message they will see as they game all the time. Some people might want to customize it themselves so perhaps a credit for the service would also be good?

Another option for those looking at controllers are the pro controllers. If you know someone that is really deep into gaming then Xbox makes probably the best controller on the market with the Elite controller.

Sony has also partnered up with some third parties to try and make their own. 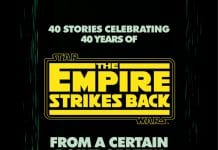