Fantastic Beasts: The Crimes of Grindelwald

Fantastic Beasts: The Crimes of Grindelwald is finally out!  While expectations have been high for this one, it lacks the same magic the previous films in the universe have brought.  More in our review... 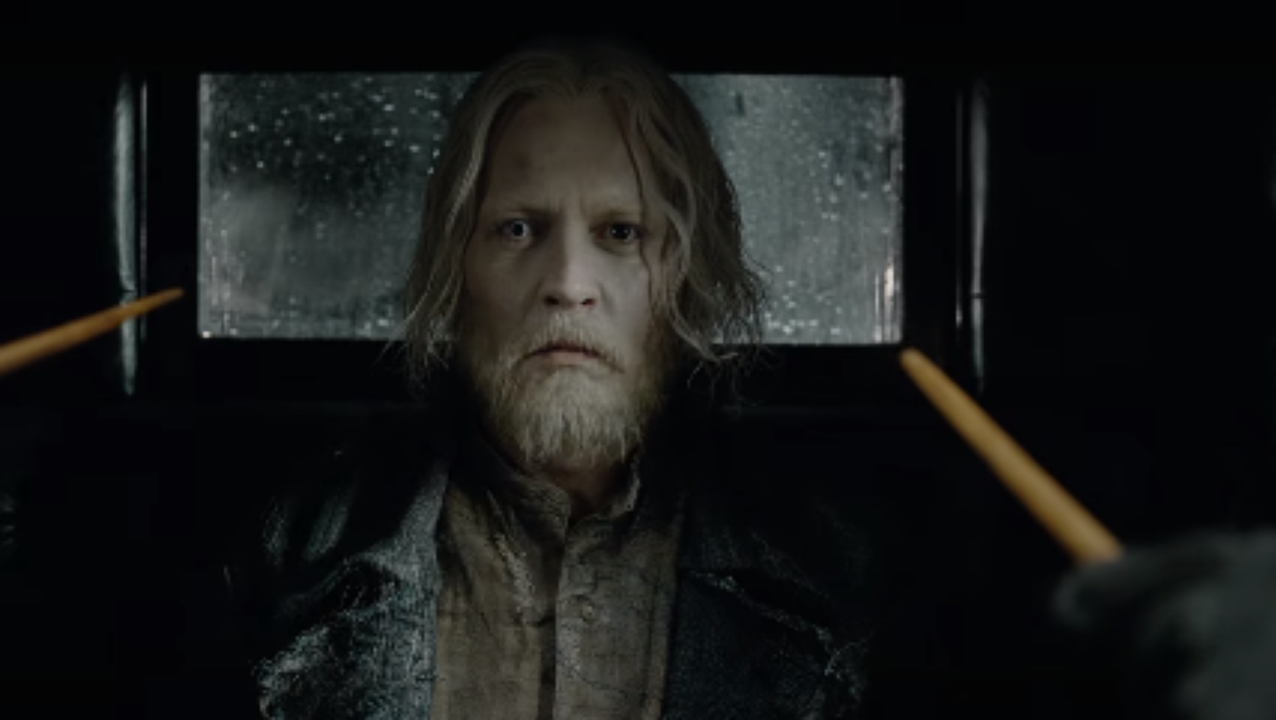 Before Fantastic Beasts and Where to Find Them released in 2016, there had been an announcement that Warner Bros. had planned to make the Fantastic Beasts multi-film franchise. At that time, it was fair to wonder what it would be about.  Toward the end of the first film, it became apparent that this franchise would revolve around the relationship between the most feared wizard in the world, before Voldemort, Grindelwald (Johnny Depp) and the kind-hearted, powerful Dumbledore (Jude Law).

Fans of the Harry Potter franchise (including myself) were thrilled at the prospect of finally seeing one of the most dramatic events, author, J.K. Rowling wrote about in her books.  When it was announced that the sequel would be titled, “The Crimes of Grindelwald”, it was fair to assume that we would see some, if not quite a bit, of what made Grindelwald a terrifying force.  What we got instead, though, was a film that is merely a vehicle to setup the rest of the film franchise.

The film starts off well-enough with a heart-stopping opener that sees Grindelwald escape the clutches of the ministry in fantastic fashion.  It’s an incredible way to kick off the film and set a tone for what we’re about to experience. Except, that’s not what happened at all.

Fantastic Beasts 2 immediately skids to a halt, as the plot becomes less about finding Grindelwald and more about Credence (Ezra Miller) the young wizard that was tortured in the previous film and his ancestry.  Newt Scamander (Eddie Redmayne) is tasked by Albus Dumbledore to find the young man in Paris, though his motivations are less about finding Credence and more about finding Tina Goldstein (Katherine Waterston), after her sister Queenie (Alison Sudol) and Jacob Kowalski (Dan Fogler) happen to show up on his doorstep dealing with relationship issues of their own.

The Fantastic Beasts sequel is riddled with the charm and excitement that we appreciated from the first film.  There were several moments where I couldn’t help but smile, especially when Scamander captured or unleashed one of his many lovable beasts.  Other than that, most of The Crimes of Grindelwald just felt forced. Scamander’s motivation, the introduction of Leta Lestrange (Zoe Kravitz) and the involvement of Queenie and Kowalski are two very large reasons why.

In a film that’s assumed to be about Grindelwald and his various appalling crimes, Fantastic Beasts 2 focuses more on the secondary characters, in an effort to create a place for them in the rest of the story.  Since Tina is an auror, it makes sense that she would be on the hunt for Credence, but Newt wouldn’t know that unless Queenie and Kowalski stop by. The problem with that, though, is that their involvement had hardly any place.  They have their high points as comic reliefs, but from start to finish all we see is that their relationship is a fragile mess, set to shatter if anything goes wrong.

As for Leta Lestrange, the film introduces her as a childhood friend/love interest of Newt.  It does dive into the storied past of the dark family and we get to see Hogwarts from days passed, through her eyes, both of which are cool.  However, her involvement in the main story just felt unnecessary. Furthermore, it was evident that the emotional aspect of Fantastic Beasts 2 stemmed from our connection to Lestrange, but we had only just met her.  It’s almost impossible to care for any character in their first film of a franchise.

What would have made Fantastic Beasts: The Crimes of Grindelwald a top notch sequel is if they had delivered on what was promised in the title.  Instead, we only got to see a handful of scenes with Grindelwald. Of those scenes maybe half had anything criminal in it. The rest of his involvement was just a collection of scenes that head his various henchmen doing all of the work.  It serves to show that he’s got influence and reach. We also see that he’s clearly dangerous, but expectations get raised when you talk about “crimes” of a certain character. In this instance, the film shouldn’t have referred to Grindelwald’s crimes if they weren’t going to give us more than a badass opening scene and an explosive line in the sand climax. 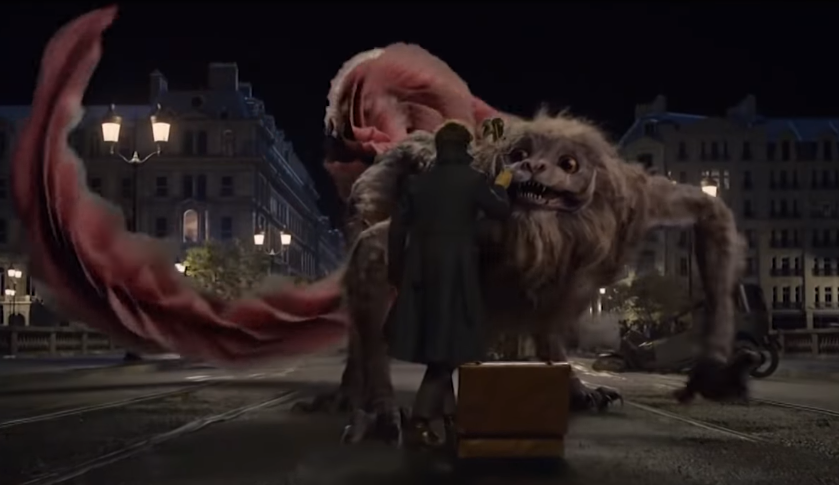 Depp and Redmayne Shine In A Film Lacking Direction

Despite the lack of screentime, Depp absolutely owns every minute he’s in the film.  His cool, intimidating delivery and fearsome presence are the highlights of Fantastic Beasts 2.  I just wish we had had more of it. Every time one of his scenes ended and we switched back to Newt & friends’ story arc, I couldn’t help but wish we had followed Grindelwald.  That isn’t to say that Redmayne wasn’t fantastic, because he was. It’s more that we have this intriguing character, whom the movie is named after, and the film was dominated with the characters from the first film.

One of those characters was Redmayne’s Newt Scamander, whom I thought was tremendous in both Fantastic Beasts films.  He brings this whimsical, childlike wonder to the film, that you can’t help but adore. Plus, his measured temperament in extreme situations makes him a character you have to root for.  In a word, he was fantastic.

As for the rest of the cast, it’s not that I believe they gave poor performances, as much as I thought that the direction they were given was flawed.  One moment that felt particularly questionable was in the climax when characters are choosing their sides and S is hitting the fan. What makes this scene so frustrating is that literally every character from the film, sans Dumbledore, is in this scene and it felt like none of them, except Kowalski, cared when people chose the opposing side.  You could chalk it up to that the fur was flying and they couldn’t pay attention to what was happening, but we’ve seen movies take a moment in the scene where they react to what’s happening amidst the action. Fantastic Beasts 2 doesn’t take that route. Instead, no one seems to care much about each other except for Leta Lestrange and Kowalski. 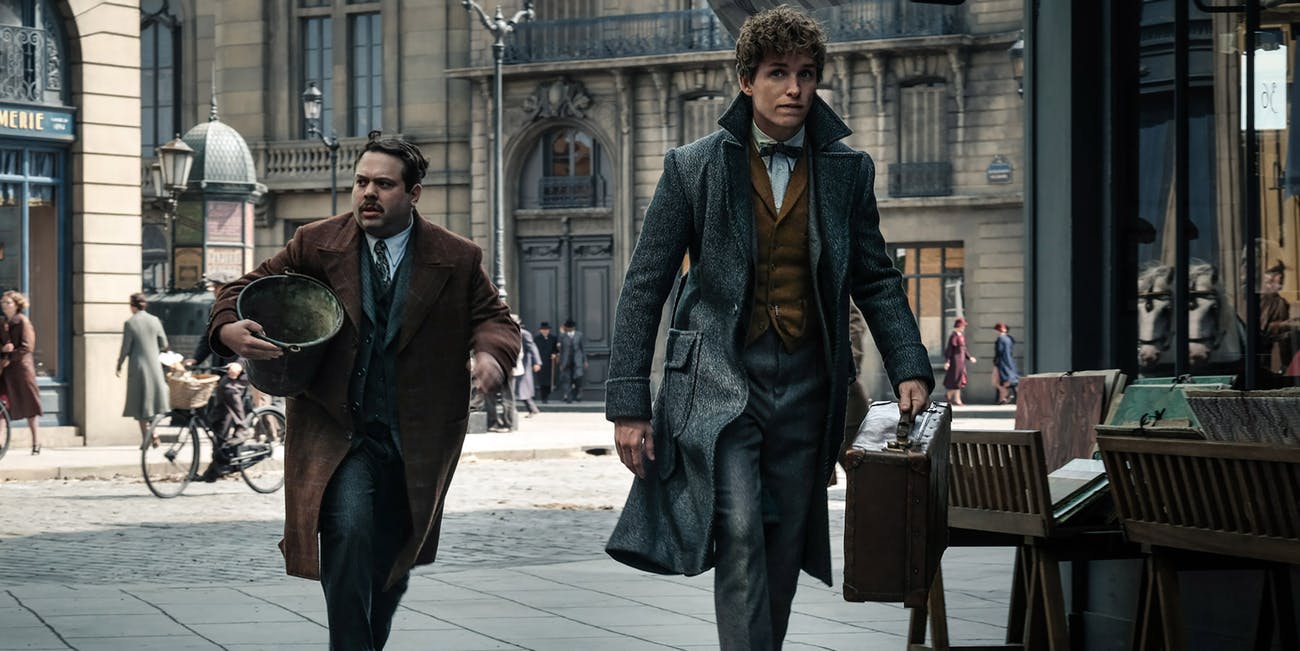 One of the reasons why the Harry Potter films were so well-received stemmed from the fact that they had incredible source material with Rowling’s books.  In those books, we could read about people’s motivations, understand who they are, and grow a stronger connection with them. Fantastic Beasts, unfortunately, doesn’t have that, which makes for several seemingly unnecessary plots.

A few of those unnecessary plots, we’ve already highlighted, like the Queenie/Kowalski visit.   Their whole debacle was an unnecessary reason for bringing these two characters back in the fold.  They even pulled what I like to call “Beerfest Storytelling”. In Beerfest, one of the characters dies and his twin brother comes to the funeral and proceeds to tell the friends that he knows everything about them and that they should call him his deceased brother’s nickname.  One of the characters then says, “It’s like Landfill never died!”. That’s exactly how I felt when they revealed that Kowalski regained his memories from Fantastic Beasts 1. “How did you get your memories back?” “Oh, Queenie came by and made sure I got them all back.” Ah ok. Gotcha.

However, the rest of the film was riddled with them.  The entire Leta Lestrange character served no purpose, you could’ve gone the entire film without her and the search for her brother, but I would have rathered they actually given Zoe Kravitz a worthwhile part.

On second thought, it’s actually easier to tell you the plots that actually mattered, which were Credence’s pursuit of his ancestry, (which even the logic behind his lineage was a little shaky) Grindelwald’s pursuit of Credence, and the relationship between Dumbledore and Grindelwald.  The rest was just unnecessary filler. 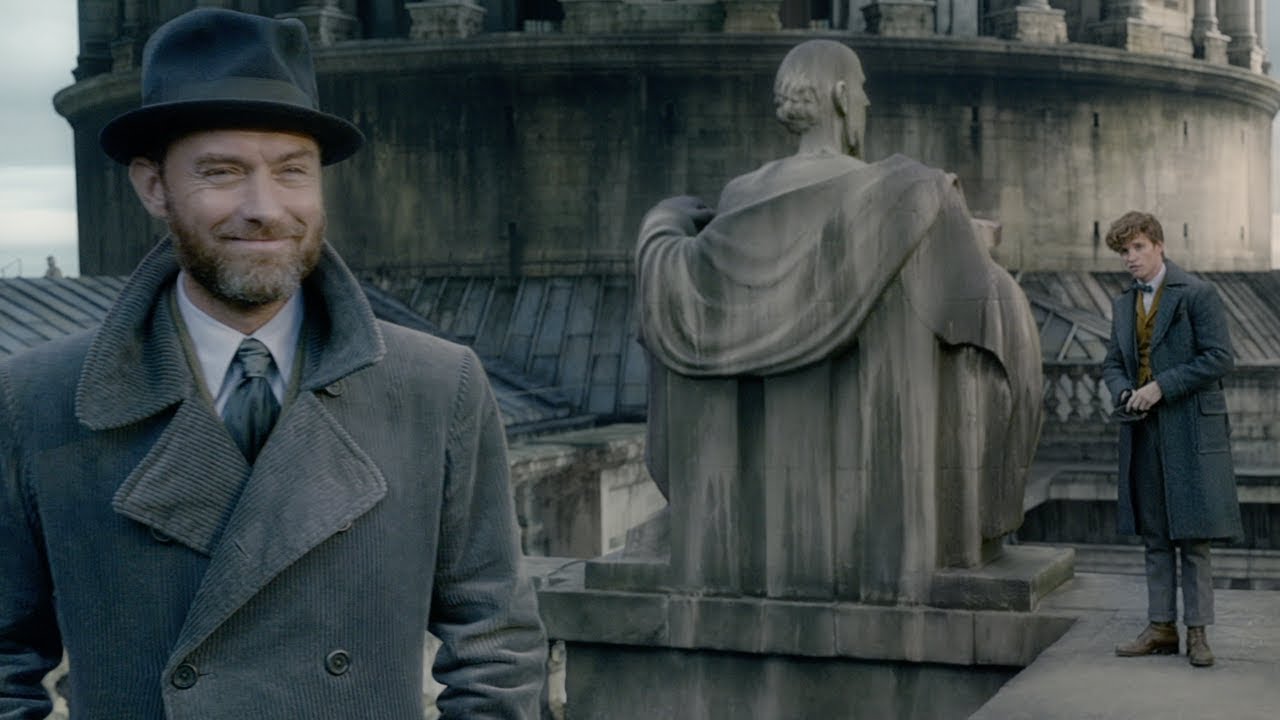 The Future is Bright for the Franchise Because of Dud

All that being said, it’s because of a dud like this that I believe that the rest of the Fantastic Beast films will be tremendous and engaging.  That’s because they used the Crimes of Grindelwald as a 2 hour and 15 minute setup for the next, potentially, 6+ hours. Those 6+ hours will consist of more sensational performances by Jude Law as Dumbledore and conflicts surrounding him and Grindelwald, Credence’s lineage becoming a wildcard of sorts, and Newt Scamander showing us all kinds of cool new beasts.

The future is indeed bright, but when we look back on the Franchise 10 years from now, it’s likely that the Crimes of Grindelwald will be the movie we remember the least.

A Not-So Fantastic Setup for the Franchise
November 17, 2018
Overall rating
2.8
Entertainment Value
3.0
Story/Writing
2.0
Performance (Acting)
2.5
Direction
2.0
Production
4.5
I'm a massive Harry Potter fan. I've been one since the Sorcerer's Stone released all those years ago. I own every book and that includes the Fantastic Beasts booklet made after J.K. Rowling had finished the series. I enjoyed Fantastic Beasts and Where to Find Them and thought this next one would be an amazing tale that really showed us why we should fear Grindelwald. We did indeed find out how powerful he is, but we didn't learn much more about his "Crimes". Instead, we spent more time on fan service and unnecessary plots that served no purpose. I like where the series is headed, but I don't really like that we needed an entire movie to set it up. Here's hoping for more in Fantastic Beasts 3.
MM
Matt Malliaros Top 10 Reviewer 144 reviews
Report this review Comments (0) | Was this review helpful to you? 0 0