The House with a Clock in Its Walls

Tick, tock, tick, tock….that’s the sound of a mystery and adventure waiting to be found. Just in time for fall, The House with a Clock in its Walls is here to  help get you into the Halloween spirit!

The House with a Clock in its Walls may be an ominous title for a film, but it also summarizes the subject surprisingly succinctly. It is a mystery-horror-comedy film geared towards a demographic on the younger end of the teenage spectrum, and yet is plenty entertaining for adults too. In fact, The House with a Clock in its Walls is a film full of elements that cannot be taken at face value. Armchairs come to life, friends turn out to be bullies, tragedy is opportunity, and ultimately the improbable becomes possible. Nothing is as it seems, which allows the film to not only tell a story full of surprising twists, but like a magic trick, also extract meaning from the seemingly mundane. This is a great direction for a horror film, given the importance of surprise to the genre. But despite all the mystery and intrigue, the film’s most unfortunate example of double-duty is the fact that it simply isn’t as fun as a family-friendly horror-comedy should be.

The film is based on a 1973 young adult novel by the same name. It is set in the 1950’s and opens with the main character, Lewis, arriving in New Zebedee, Michigan to live with his distant uncle after the tragic death of his parents. Uncle Jonathan lives in what seems to be an old haunted mansion, full of clocks, and with a strange tick in the walls. In addition to being the new kid in town, Lewis has to contend with the creepy happenings of his new residence. Gradually it is revealed that the house is magical, and his uncle is a warlock. Uncle Jonthan’s best friend is his neighbor, Florence, who also happens to have magical abilities. Together the three of them try to figure out the source of the ticking in the walls, and in doing so reveal a terrible plan set in motion by the houses’ former inhabitant.

Goggle-clad like his television hero, Lewis is a shy, but bright young man. The film never gives us a glimpse of his life before the death of his parents, and so his character is as much of a mystery as the house, or his eccentric uncle. Essentially the film begins post-tragedy, and in such fashion it is immediately dark and anxious. Lewis doesn’t belong in this strange new habitat. He gets picked last for a game of basketball, and he has to start from scratch in the friends department. But this fish-out-of-water aspect  is what the film latches onto because it is trying to celebrate the weird, not ridicule it. Thrust into such a situation, it is easy to feel sorry for the young man. The world around him is strange, and most importantly, unwanted. His position acts as both a mirror for the audience’s own exploration and a reminder of how tough situations can actually make us stronger. 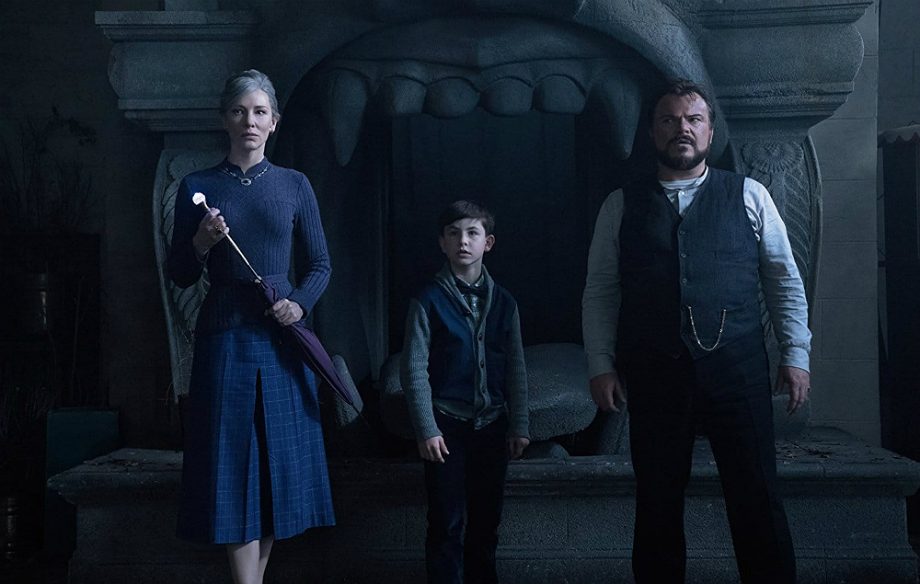 Unlike his nephew, Uncle Jonathan is outgoing and energetic. The free-spirited character is portrayed by none other than Jack Black, whose comedic talents lend the film most of its energy. Black delivers the script’s best lines with a sort of wide-eyed fascination. Having the character as inviting rather than frightening goes a long way to soften the film’s darker horror elements so that it can be more easily consumed by a younger audience. Instead of feeling like a stereotypical stuffed-up spooky house, Uncle Jonathan’s abode feels inspiring and charming. The way he supports and encourages young Lewis in his time of need is a also uplifting. Still, for a film about a mysterious haunted house, it is strangely absent of genuine terror. Horror films are supposed to be dark after all, and the film struggles to build any sort of natural tension or thrills because of this creative decision.

To make things worse, as the plot progresses, the script steers towards more serious waters, which becomes a major obstacle to fun. Even Jack Black's charisma isn’t enough to captivate the audience the whole way through. Younger audiences will start squirming in their seats once the newness of the films’ setting wears off, and the script’s funnier moments become more sparse. To fill the void, the film relies on CGI popping out of every nook and cranny. It is as if they realize the story isn't captivating enough and so they result to rather childish gimmicks, which are no more sucessful at furthering the film's initial gothic tendencies as they are tickling a chuckle out of anyone. In many ways the film feels like it looses inspiration halfway through, trying to cater towards those who enjoyed the magical elements of Harry Potter more so than The Poltergeist. Whether it is due to overzealous editing or an effort to streamline the plot, I felt like there were also many missed opportunities to either explore the film’s supernatural lore, or at the very least throw out some witty one-liners to get a chuckle out of the chaos. At one point early on, a character even asks rhetorically “What’s wrong with weird?”, which is a bit ironic since the film becomes more conventional as it goes along. 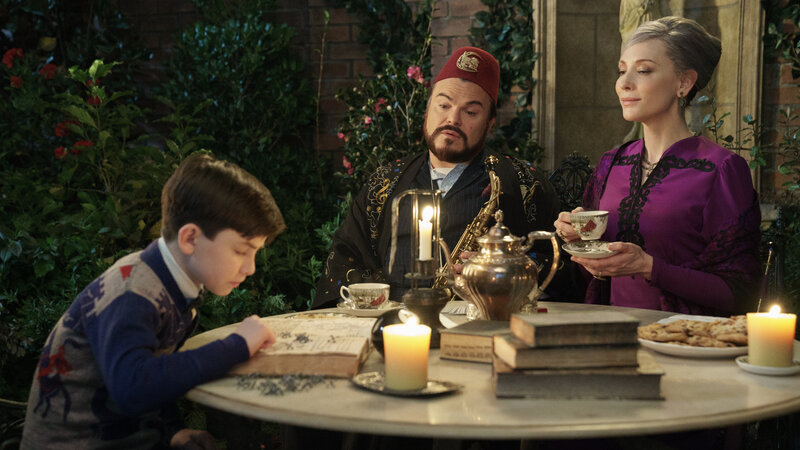 What is actually weird about this film is the choice in director. Master of violent and shocking horror films, Eli Roth is known for making films that are the opposite of family friendly. The PG rating certainly takes away some of the edginess of his work, and so he tries to rely on other aspects to bridge the gap. Unfortunately, he doesn’t quite bring anything new to the table we haven’t seen before. For a film that deals with the strange, A House with a Clock in its Walls feels surprisingly run-of-the-mill. Even the films’ title suggests an element of time running out, and yet Eli fails to impress an urgency acting on his characters until the very end. It is almost as if he wasn’t sure what he could get away with, and so he leaned towards playing it safe. Or worse, he was afraid of loosing teenagers' attentions and so he turned up the CGI dial to "11" to compensate.

Regardless of the film’s underwhelming progression, and disproportionate stylings, it generally accomplishes what it set out to do. When all is said and done, The House with a Clock in its Walls is still an enjoyable fantasy film for the while family. The premise allows it to be a little bit darker than what we are used to seeing in family entertainment these days, and Jack Black's charm hasn't yet worn off. From this darker perspective, the film is able to address topics that are often too grim for typical family fare. It also helps that the film is also brought to life in a detailed, vivid manner. The film also works as a gateway to other, more adult horror films without being either too scary or too dumbed down. And so, The House with a Clock in its Walls doesn’t push towards extremes, it’s neither too funny nor too shocking, neither too whimsical nor too predictable. Making a home in the middle allows it to be all of these things, and at the very least, that makes it entertaining cinema.

What's Bad: Eli Roth doesn't know family films, the acting leaves a bit to be desired, not as scary or funny as it should have been, missed opportunities with the plot, the story gets bogged down about halfway through.