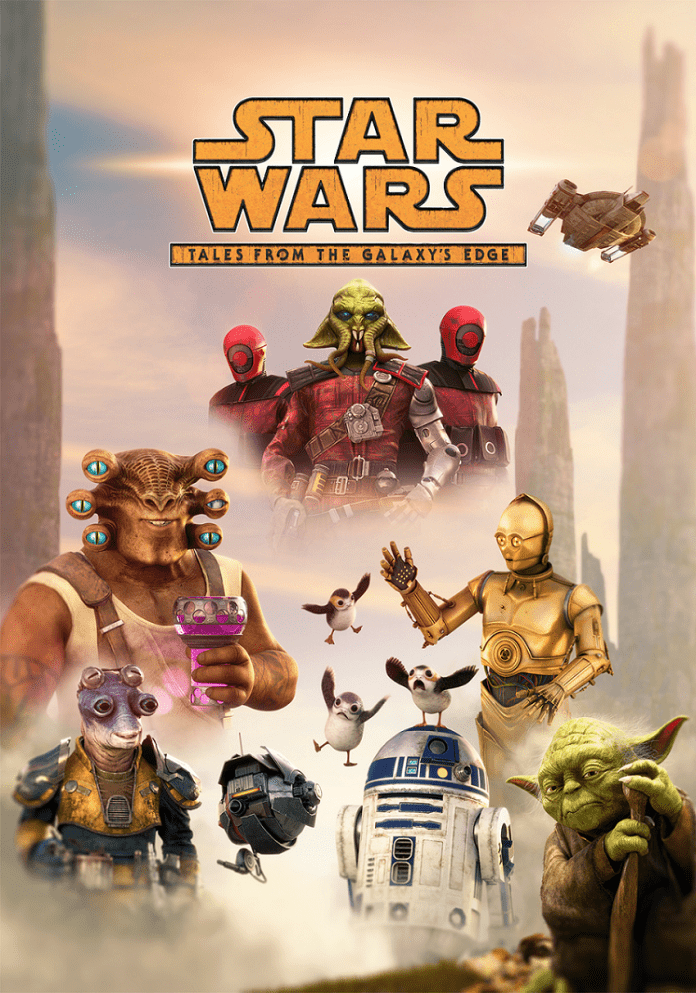 ILMxLAB and Lucasfilm announced today that Frank Oz has joined the cast of Star Wars: Tales From the Galaxy’s Edge!

That’s right, Lucasfilm’s award-winning immersive entertainment studio, announced that Frank Oz will be reprising his role as Jedi Master Yoda in the upcoming virtual reality adventure. Game Director Jose Perez III, when commenting on including two of the most iconic names in Star Wars history said, “Working with Frank (Oz) to weave Yoda into the fabric of Star Wars: Tales from the Galaxy’s Edge was an unforgettable experience and a dream come true. I can’t wait for players to meet the Jedi Master face to face in our first exciting tale.”

More from the press release…

The experience takes place on the outskirts of Black Spire Outpost on the planet of Batuu, as depicted in Star Wars: Galaxy’s Edge, the immersive epic lands at Disneyland Resort in California and Walt Disney World Resort in Florida. Players take on the role of a droid repair technician operating near Batuu, and when a group of Guavian Death Gang pirates attack they’ll be forced to jettison the ship’s mysterious cargo and head for the escape pods. After crashing on the planet, they’ll discover never-before-revealed areas of Batuu, and discover that anyone in the galaxy can become a hero.

In addition to the main storyline, players will also be able to step into a never-before-told short tale about a mysterious Jedi temple on Batuu, where they will encounter Yoda and a new Padawan, Ady Sun’Zee. Players will be able to take their adventures even further in Part II of Star Wars: Tales from the Galaxy’s Edge, scheduled for release in 2021.

“Stepping onto Batuu at ​Star Wars​: Galaxy’s Edge is a genuinely magical experience,” said Alyssa Finley, producer. “With ​Star Wars: Tales from the Galaxy’s Edge​, we’re expanding the story beyond Black Spire Outpost, giving players the chance to discover never-before-seen characters and locations. It’s an immersive adventure that can only exist in VR.”

Star Wars: Tales from the Galaxy’s Edge was created in collaboration with Oculus Studios and will be released on November 19th at the incredibly low price of $24.99 USD.

Check out the new gameplay trailer below…

*All images courtesy of Lucasfilm Ltd.

The World Ends With You Sequel Coming Next Year