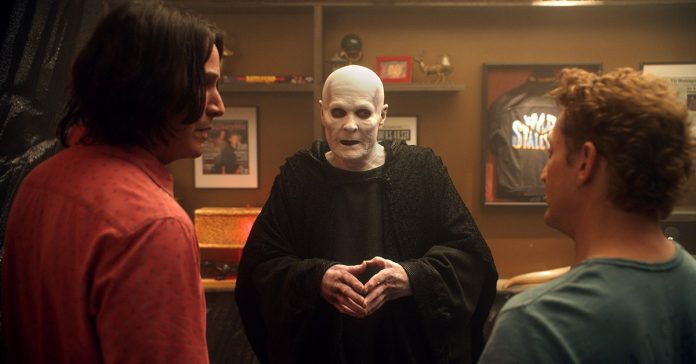 This afternoon brings details on the physical release of Bill & Ted Face the Music, including when the blu-ray will hit and the bonus features coming with it!

Bill & Ted Face the Music capped off a strange (practically non-existent) Summer movie season. If you missed it in theaters, or didn’t rent it on VOD, you’ll get the chance to bring it home for good soon. Today, Warner Bros and MGM have announced the Blu-Ray release of the film coming on November 10th (digital on October 20th).

The stakes are higher than ever for the time-traveling exploits of William ‘Bill’ S. Preston Esq. (Alex Winter) and Theodore ‘Ted’ Logan (Keanu Reeves). Yet to fulfill their rock and roll destiny, the now middle-aged best friends set out on a new adventure when a visitor from the future warns them that only their song can save life as we know it. Along the way, they will be helped by their daughters, a new batch of historical figures, and a few music legends — to seek the song that will set their world right and bring harmony in the universe.

Will you be picking up this Blu-Ray in November?