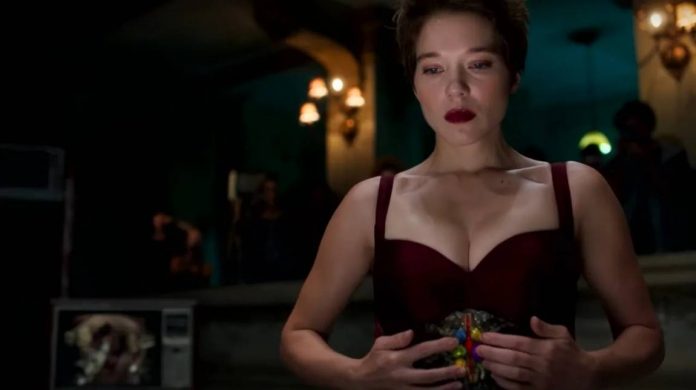 Crimes of the Future, David Cronenberg’s first sci-fi horror film since the 1990s is coming to home video later this summer.

Distribution Solutions announced that NEON and DECAL’s Crimes of the Future is coming to DVD and Blu-Ray on August 9th, 2022.

This film marked director David Cronenberg’s return to the science-fiction and horror genres for the first time since the 1990s. Premiering at the 2022 Cannes Film Festival this past May, Crimes of the Future was just recently in theaters nationwide and it tells a mind-bending story of humanity’s future in a world where people can no longer feel pain.

A performance artist – who turns the removal of organs into real time theatre – is forced to consider the most shocking performance of all as the government and a strange subculture
take note of his act.

Will you be picking Crimes of the Future up on DVD or Blu-Ray in August?