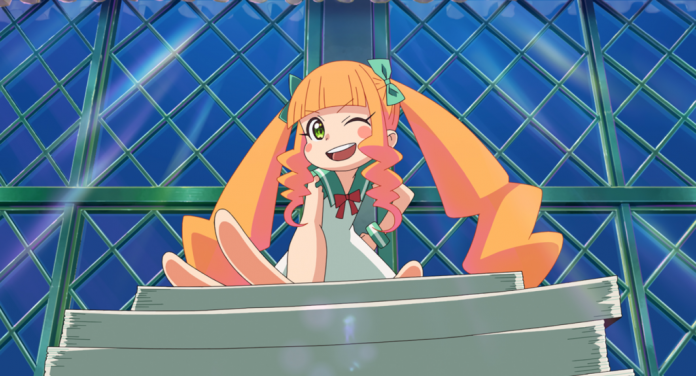 GKIDS is partnering with Shout! Factory to release their newest anime film, Pompo: the Cinephile, on Blu-Ray and DVD this July.

It’s been announced that GKIDS is working with Shout! Factory to release Pompo: the Cinephile on Blu-Ray and DVD on July 12, 2022. The film is currently enjoying a limited screening in theaters, having premiered on April 29.

You can check out the trailer announcing the home video release below:

Pompo is a talented and gutsy producer in “Nyallywood,” the movie-making capital of the world. Although she’s known for B-movies, one day Pompo tells her movie-loving but apprehensive assistant Gene that he will direct her next script: a delicate drama about a tormented artistic genius, starring the legendary and Brando-esque actor Martin Braddock, and a young actress seeking her first break. But when the production heads towards chaos, can Gene rise to Pompo’s challenge, and succeed as a first-time director?

The movie was directed by Takayuki Hirao (The Garden of Sinners) while Shingo Adachi (Sword Art Online) designed the characters.

Will you be checking out Pompo: The Cinephile when it releases on DVD and Blu-Ray this July?