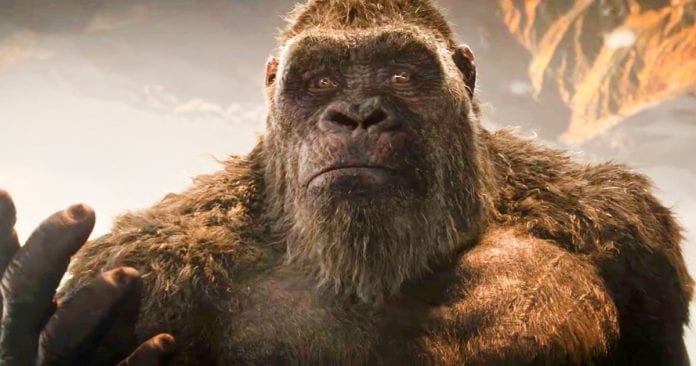 Warner Bros. has announced the home entertainment release details for Godzilla vs. Kong, including physical release and bonus features.

Despite leaving HBO Max the other week, you’ll soon be able to own Godzilla vs. Kong and watch it whenever you want. WB has announced the film will be available digitally on May 21st, with the physical 4K UHD releasing on June 15th.

Kong and his protectors undertake a perilous journey to find his true home, and with them is Jia, a young orphaned girl with whom he has formed a unique and powerful bond. But they unexpectedly find themselves in the path of an enraged Godzilla, cutting a swath of destruction across the globe. The epic clash between the two titans—instigated by unseen forces—is only the beginning of the mystery that lies deep within the core of the Earth.

Kong Discovers Hollow Earth
Kong Leaves Home
Behold Kong’s Temple
The Evolution of Kong, Eighth Wonder of the World
Godzilla Attacks
The Phenomenon of GŌJIRA, King of the Monsters
Round One: Battle at Sea
Round Two: One Will Fall
Titan Tag Team: The God and the King
The Rise of MechaGodzilla
Commentary by Director, Adam Wingard (only on 4K and Blu-ray)

Special features will be available from select digital retailers on May 21.

Will you be picking up Godzilla vs. Kong in 4K?