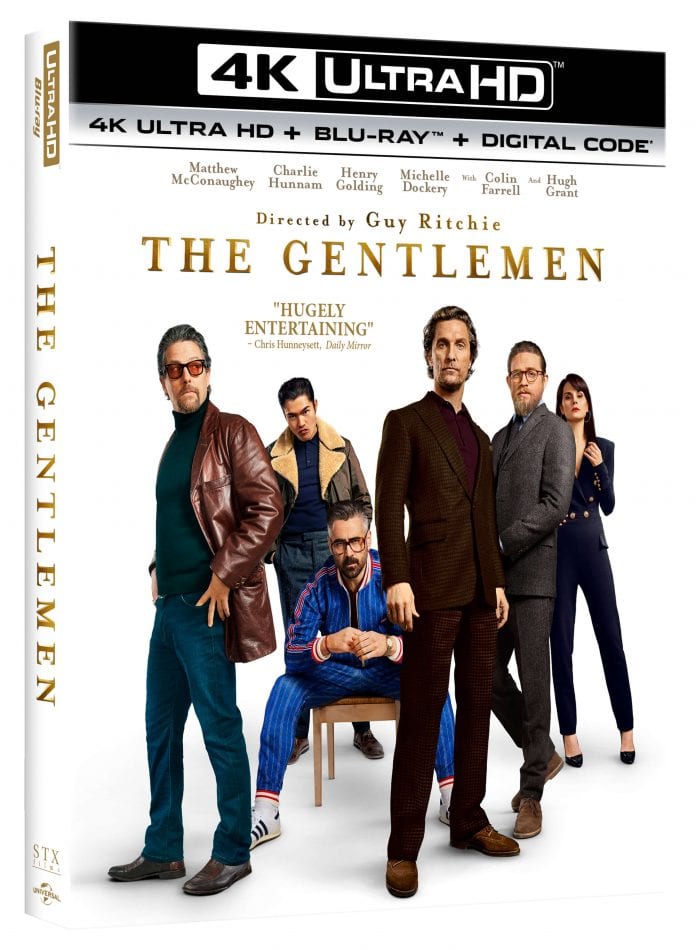 Matthew McConaughey, Charlie Hunnam, Michelle Dockery, Henry Golding, Colin Ferrell, and Hugh Grant all starred in Guy Ritchie‘s “The Gentlemen” to kick off 2020. The film received critical success, with even our own G.S. Perno hailing Ritchie for returning to his roots in his review.

To see all the features and bonus content included, the full PR is below:

Universal City, California, April 3, 2020 – Get lit in the stylish ensemble caper, THE GENTLEMEN, a star-studded, sophisticated action-comedy written and directed by Guy Ritchie (Sherlock Holmes, Snatch). This engaging and unpredictable film is available now on Digital, lighting up on On Demand April 14, 2020 and on 4K Ultra HD, Blu-ray™ and DVD on April 21, 2020, from STXfilms and Universal Pictures Home Entertainment. Set in the underworld cannabis industry in London, Ritchie makes a grand return to his signature, kinetic style, enthralling and surprising audiences with every scene, made even more dynamic by the performances of its star-powered ensemble cast. The home release includes exclusive bonus content bringing audiences deeper into the provocative world of the film.

THE GENTLEMEN follows American expat Mickey Pearson (Matthew McConaughey, Dallas Buyers Club), who built a highly profitable marijuana empire in London. When word gets out that he’s looking to cash out of the business forever, it triggers plots, schemes, bribery and blackmail in an attempt to steal his lucrative domain out from under him.

THE GENTLEMEN will be available on 4K Ultra HD in a combo pack which includes 4K Ultra HD Blu-ray™️ , Blu-ray™️  and Digital. The 4K Ultra HD will include all bonus features on the Blu-ray™️ disc.