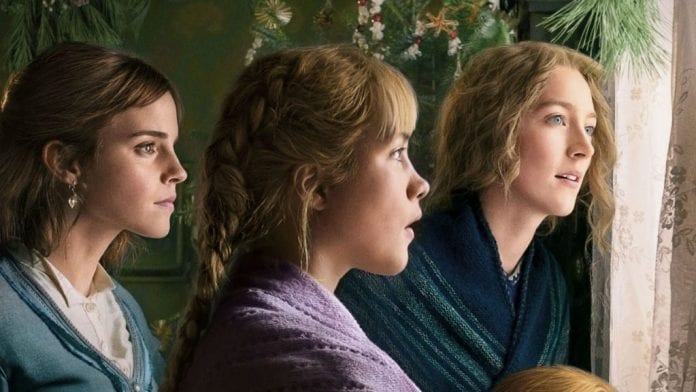 If you enjoyed the latest take on Little Women, or simply want to enjoy it again from the comfort of your couch, you’ll get the chance in the next couple months. Sony Pictures has announced the film will arrive digitally on March 10th, with the physical blu-ray coming a bit later on April 7, 2020.

Seems like a significant gap between the digital and physical releases, but the blu-ray is coming with 45 minutes worth of extras to check out: The Blu-ray, DVD and digital releases will take viewers even deeper into the beloved story of Jo, Meg, Amy and Beth with over 45 minutes of fascinating bonus features. See how Writer/Director Greta Gerwig led this modern adaptation of a literary classic with a magnificent new cast, incredible art direction, elaborate costumes, set pieces and how she took inspiration from the real-life Orchard House where Louisa May Alcott lived and wrote LITTLE WOMEN.

Writer-director Greta Gerwig (Lady Bird) has crafted a LITTLE WOMEN that draws on both the classic novel and the writings of Louisa May Alcott, and unfolds as the author’s alter ego, Jo March, reflects back and forth on her fictional life. Gerwig’s take on the beloved story of the March sisters—four young women each determined to live life on their own terms—is both timeless and timely. Portraying Jo, Meg, Amy and Beth March, the film stars Saoirse Ronan, Emma Watson, Florence Pugh and Eliza Scanlen, with Timothée Chalamet as their neighbor Laurie, Laura Dern as Marmee and Meryl Streep as Aunt March.

A New Generation of Little Women: The superb cast recreated the beloved world of the March family with realism, humor and vulnerability

Greta Gerwig: Women Making Art: Go behind the camera with Writer/Director Greta Gerwig, discover her process and how she applied her own style to the story

Little Women Behind the Scenes: Take a quick look behind the scenes on the set of LITTLE WOMEN

Will you be picking up Little Women on blu-ray this April?