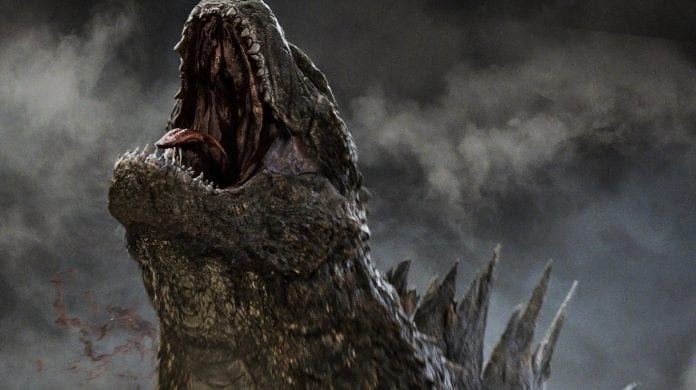 Just in time for his next big screen encounter, the film that kicked off the modern “MonsterVerse” has been given the 4K treatment and it’s absolutely gorgeous! If you’re like me, and enjoy watching the previous movies in a franchise as you prepare to watch the newest film, then having Garteh Edwards’ Godzilla reboot arrive in 4K this week was quite fortuitous. Funny enough I had actually watched the film, as part of my personal re-watch for Godzilla vs. Kong, on HBO Max and LITERALLY the same day, the 4K Ultra HD copy arrived in the mail from Warner Bros.

As such, I was actually able to do a fairly accurate side-by-side comparison having just watched one version and then laying eyeballs on the new 4K transfer. I’ve always enjoyed this Godzilla film. While it’s lighter on the monster action, it manages to capture the sense of scale and oomph so many other attempts failed to bring. That and it’s a damn fine looking film, with some stunning sequences (like the halo jump) that dazzle even now.

In this, the new 4K transfer is pretty damn amazing. The film, overall, is on the darker side of the color pallette which can make some of the moments harder to see. While my memory of seeing it in theaters is a smidge hazy, I want to say the blu-ray release of the film was even DARKER and difficult to make out much of the action. This isn’t a problem in 4K/HDR, however, and this is absolutely the best the film has ever looked. The blacks in the transfer are ridiculously deep, allowing everything else in the frame to pop. This brings more depth to the action scenes, while clarifying certain moments that would have been easy to miss in the previous version of the film. Which is funny because the 4KUHD set includes that very same blu-ray transfer.

Sadly, there aren’t any new bonus features included on this release, but it does come with everything the prior blu-ray release had. Chances are, you’re unlikely to change your opinion one way or the other regarding the 2014 Godzilla reboot, but this release is absolutely the best the film has ever looked. I still enjoy this movie a great deal and being able to get this quality is well worth the price of the upgrade.