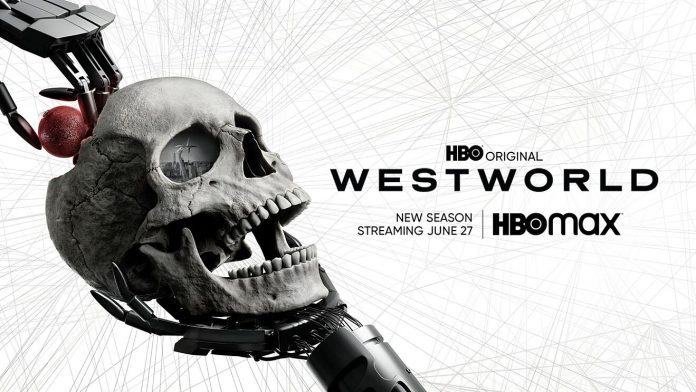 The eye-popping fourth season of Westworld will be coming to home video this November.

The Emmy® winning HBO original drama series continues to captivate fans and critics alike with every season of Westworld certified fresh on Rotten Tomatoes. Now, the dark odyssey about the fate of sentient life on earth continues as Warner Bros. Home Entertainment gets set to release Westworld: Season 4 – The Choice on 4K Ultra HD Combo Pack, Blu-ray and DVD on November 29, 2022. Featuring all eight episodes plus an exclusive never-before-seen featurette.

The fourth season picks up over seven years after the protracted war between A.I. hosts and sentient humans – humanity is finally free. Or so it seems. Maeve and Caleb soon begin to suspect that Hale and a host version of The Man in Black are seeding a conspiracy to regain control of the human race. Meanwhile, Bernard returns from The Sublime with a new power. And a young writer, by the name of Christina, begins to question the nature of her reality.Westworld continues to thrill as it deftly weaves together stories about the complicated relationship between man and machine.