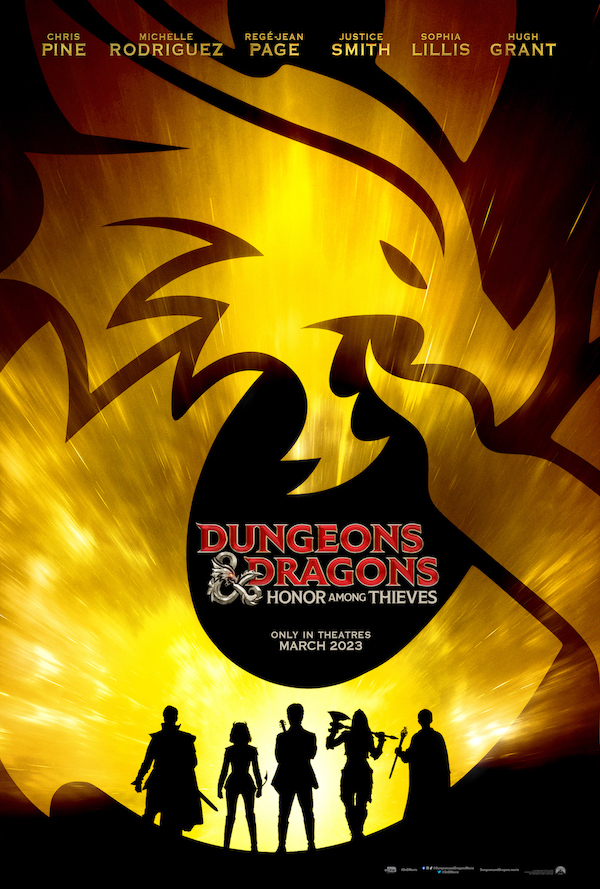 Fresh out of their Hall H Panel at SDCC, the first trailer for Paramount’s new Dungeons & Dragons movie, Honor Among Thieves, has arrived!

After some teases over the past year, today brings our first real look at the latest attempt at bringing Dungeons & Dragons to the big screen. Frankly, it looks like a lot of fun:

I’m digging it all here. Even though I was REALLY hoping to see Dragonlance get adapted in some form, I’m excited to see more fantasy/adventure movies getting made. Chris Pine’s charm brings a level of fun to the trailer, and seeing the Mimics and Gelatinous Cube make appearances is just kinda neat.

A charming thief and a band of unlikely adventurers undertake an epic heist to retrieve a lost relic, but things go dangerously awry when they run afoul of the wrong people. Dungeons & Dragons: Honor Among Thieves brings the rich world and playful spirit of the legendary roleplaying game to the big screen in a hilarious and action-packed adventure.