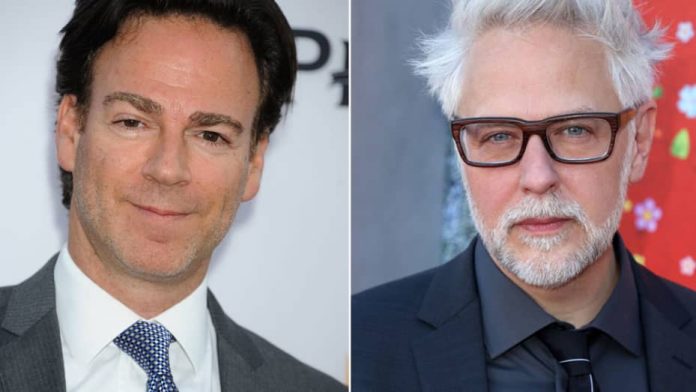 Talk about a surprise. For the last several months, Warner Bros. Discovery has been on the hunt for someone to run the DC side of their operations. Looking for their own “Kevin Feige” so to speak, to bring all their DC stories together into some sort of cohesion. After a few big names passed on the job, it seemed like plans were already struggling to get off the ground.

Now, as detailed by The Hollywood Reporter they have they’re people. James Gunn and Peter Safran have been given the proverbial keys to the kingdom of the newly formed division called DC Studios. They will serve as co-CEOs of the studio that will oversee all film, TV, and, animation projects using the DC characters/stories.

Both will report directly to David Zaslav with Gunn focusing on the creative side of DC endeavors, while Safran will be centered on the business and production side of things. Zaslav had this to say on thee announcement:

“DC has among the most entertaining, powerful, and iconic characters in the world and I am thrilled to have the singular and complementary talents of James and Peter joining our world-class team and overseeing the creative direction of the storied DC Universe. Their decades of experience in filmmaking, close ties to the creative community, and proven track record thrilling superhero fans around the globe make them uniquely qualified to develop a long-term strategy across film, TV, and animation, and take this iconic franchise to the next level of creative storytelling.”

This seems like a VERY big win for WB right now, especially after months of shakiness and ill-will. Gunn is beloved by many fans, with his Guardians of the Galaxy films for Marvel, and The Suicide Squad garnering (mostly) universal acclaim. It’s a great move, but the DC universe is pretty disparate at the moment. With Reeves doing his own Batman stuff, and Joker even getting a sequel, bringing everything together should be interesting.

Let’s just hope this prevents more great looking projects (like Batgirl) from going by the wayside.